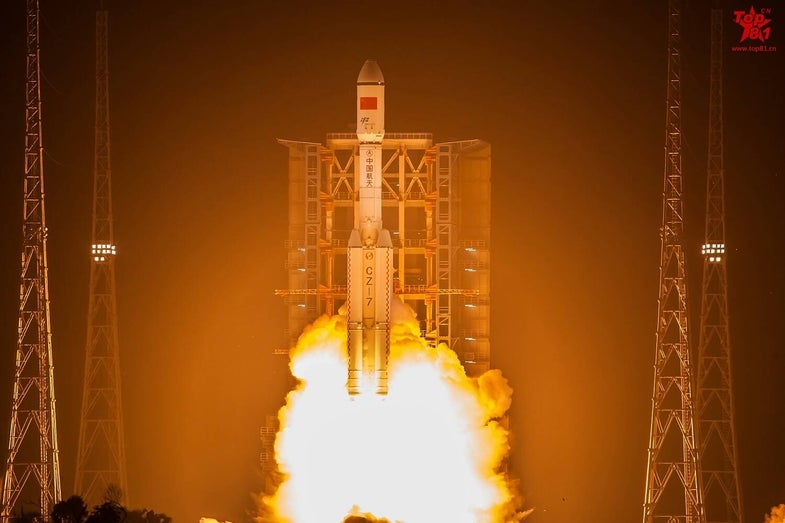 The first Long March 7 flight took off from Wenchang, Hainan Island on June 25, 2016. It tested new technologies in orbit, like space debris removal, satellite refueling, and China's next generation of manned spacecraft. www.top81.cn, via =GT at China Defense Forum
SHARE

On June 25, 2016, the Long March 7 rocket, China’s largest space launch vehicle to date, blasted off from Wenchang, Hainan to a successful maiden flight. With a Low Earth Orbit (LEO) payload of 13.5 tons, the CZ-7 is China’s new medium space launch rocket (the heavy Long March 5 will have its first flight later this year as well). In addition to that nice milestone for China’s space program, the CZ-7 carried three important payloads in its cargo. 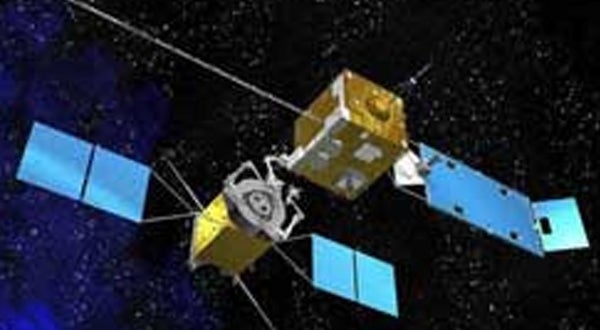 The Tianyuan 1 satellite refueling system was carried in the upper stage of the first LM-7 rocket, and tested successfully days after the June 25th launch. It carried out 9 refueling tests from its three fuel tanks.

Tianyuan 1 is China’s first satellite to satellite refueling system. The National University of Defense Technology said that data and video from the Tianyuan showed the refueling system to be a success. In orbit refueling of satellites can save money by enabling satellites to continue using their chemically powered thrusters to avoid reentry into the atmosphere, as well as reposition themselves for new missions or to avoid space debris. 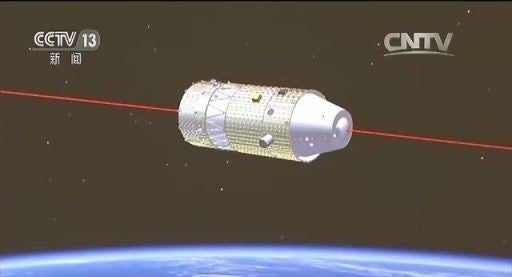 The Aolong 1 deployed from the LM-7 rocket, where it will test space removal technology using its robotic arm to nudge such debris into a deorbital trajectory (though how it’ll navigate the legal maze of space sovereignty legalities is unclear).

Space debris, rubble generated from satellite collisions and other space junk, is a longstanding menace to manned space mission and satellites (China has especially been criticized for a 2007 anti-satellite test that may have doubled the number of space junk objects). The Aolong 1 (translated to Roaming Dragon), is a collaboration between the Harbin Institute of Technology and Chinese Academy of Launch Technology. It is a small satellite with a robotic arm that will be used to push space debris into a decaying orbit, so that it eventually reenters the atmosphere and burns up. There have been somewhat hyped space warfare and sabotage concerns, but the Aolong 1 could face legal problems outside of any context of war; space debris, legally speaking, is still the property of the country or organization which launched it, so pieces of, say, a defunct Russian satellite would still belong to Russia. It would be a monumental task to figure out which pieces of space debris belong to which nation. 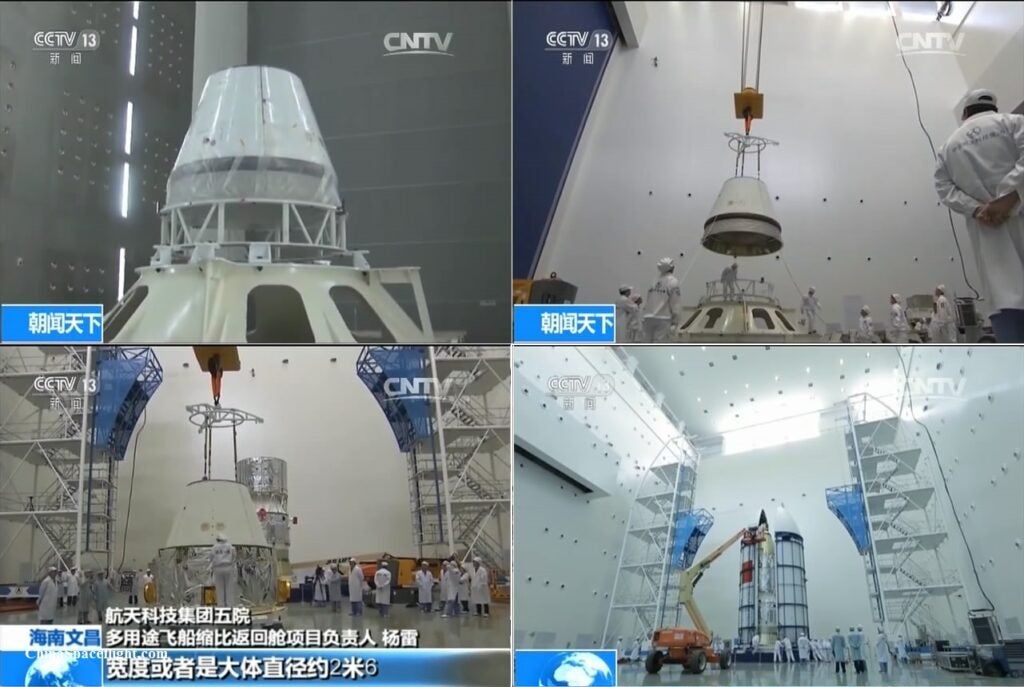 Looking to the future, the Long March 7 also carried a sub-scale version of China’s next manned spacecraft, the Next Generation Crewed Vehicle (NGCV). The capsule successfully landed in Inner Mongolia after 24 hours. The NGCV is expected to be similar in size and capacity to the U.S. Orion, carrying about 5-7 astronauts per capsule. It comes in two versions, a 14 ton vehicle for LEO operations, and a 20 ton version for deep space operations such as lunar missions, and 21 days of independent operation. 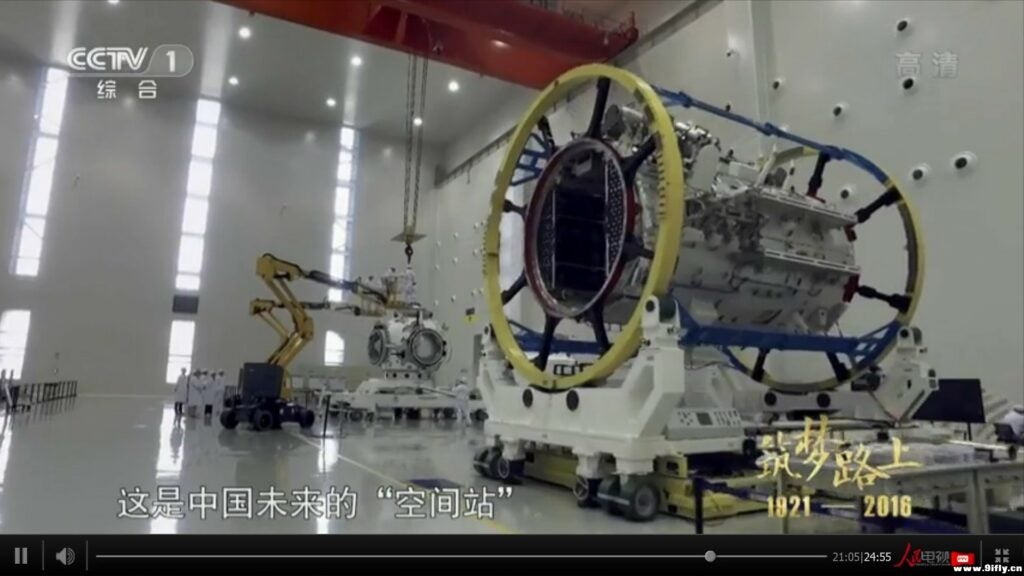 The Tiangong 2 space station is seen here undergoing assembly, with the crew compartment frame in the foreground, and the multiple docking port interface behind it.

Each of these efforts is notable, but China’s space march didn’t stop there. In other Chinese space news, the Tiangong 2 space station is undergoing its final rounds of testing before its launch latter this year in mid September. The Tiangong 2, which will replace the older Tiangong 1, is a one module space station outfitted to study long term human space habitation, and additional space to conduct experiments in. It will be followed by the manned Shenzhou 11 mission in mid October, delivering the taikonauts who will stay in the Tiangong 2 for 30 days.

You may also be interested in: China’s Space Station Plans in Powerpoint: A Closer Look at Tiangong 3