China’s Martian Lander Looks for 2020, and a Name 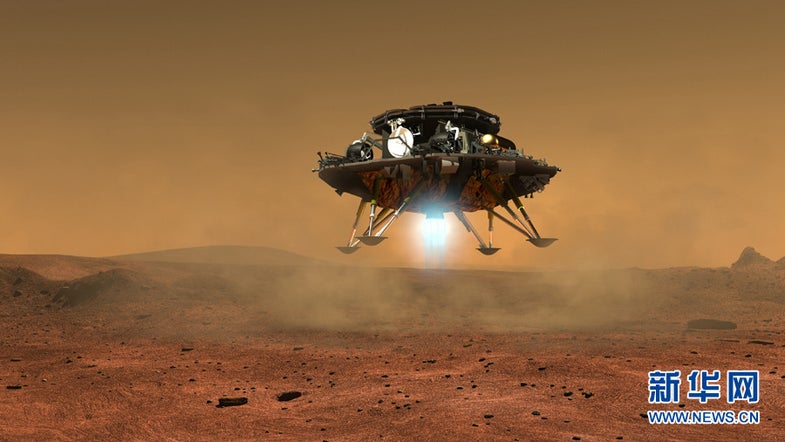 The lander uses a combination of parachutes, air cushions and reentry slowing retro rockets to land on Mars while keeping its rover safe and operational. www.news.cn
SHARE 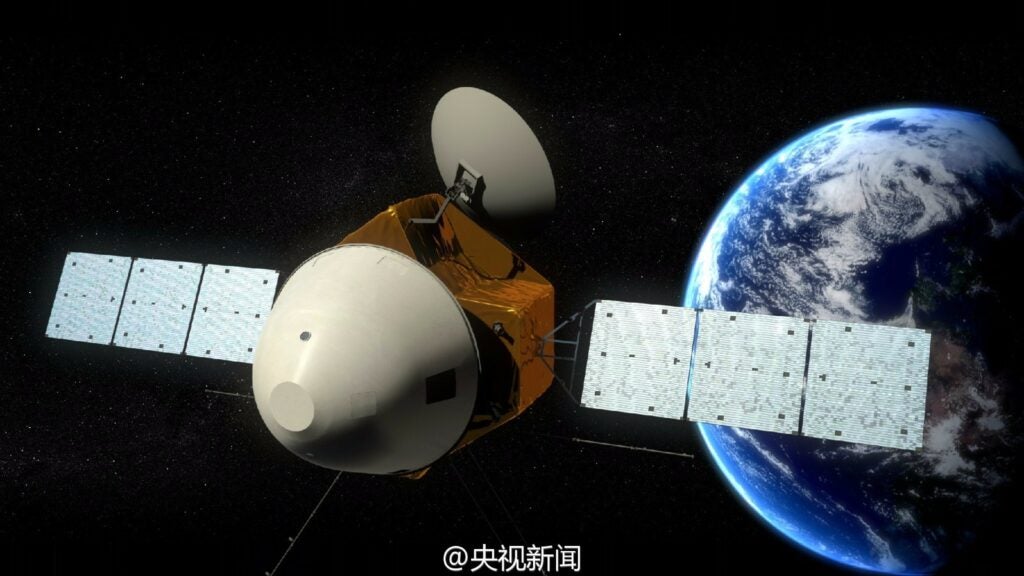 China’s Martian probe, set for a 2020 launch date, is open to public naming suggestions (just like the USAF B-21 stealth bomber).

On August 23, the Chinese National Space Administration announced details of China’s first Martian probe; a lander and rover. The Martian probe, whose name will be selected after a global contest, will be launched in 2020. That target is set for when Earth and Mars reach the closest proximity in 26 months. It will take off from the Wenchang Launch Center on Hainan island, and reach Mars in 2021 after a seven month voyage. 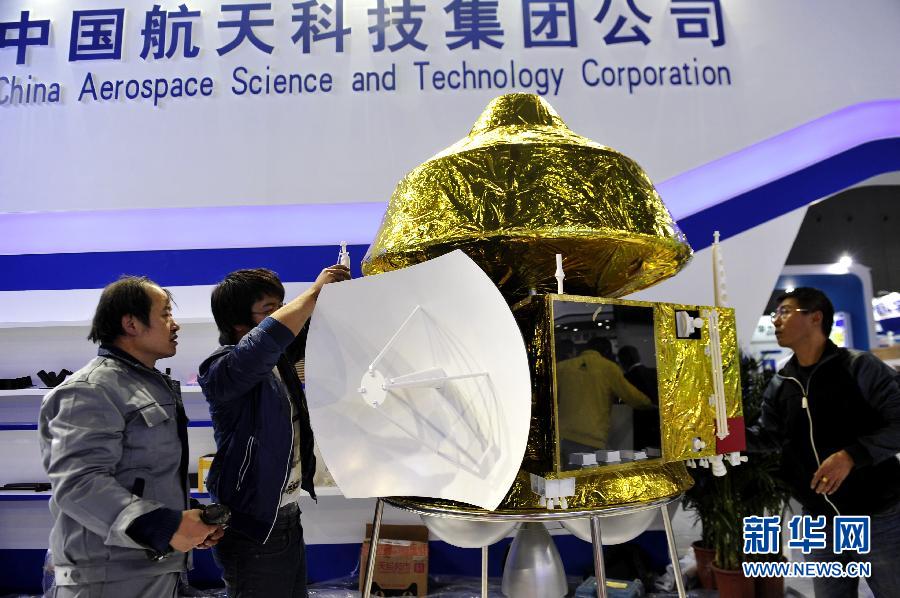 Chinese journalists get a sneak peak at a model of the Chinese Martian probe, before its public November 3rd debut in Shanghai

The China Aerospace Science and Technology Corporation, the primary contractor for the Martian lander, also gave journalists a detailed look at the probe, which will be made available for public viewing at the 17th China International Industry Fair in November 2016 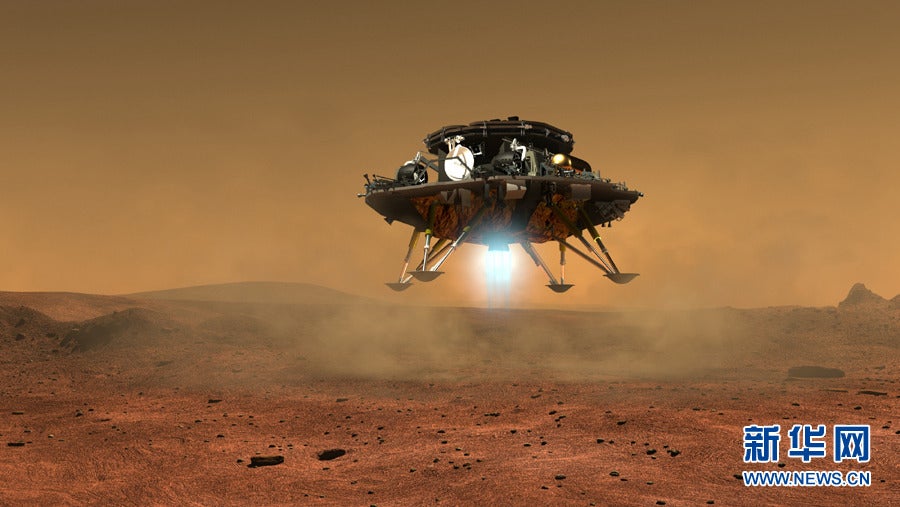 The lander uses a combination of parachutes, air cushions and reentry slowing retro rockets to land on Mars while keeping its rover safe and operational.

The probe consists of three parts. An orbiter which will act as a communications relay between Earth and Mars, as well as be equipped to survey the two Martian moons. The lander will deploy airbag cushions, retro rockets and a parachute to land safely on Mars. It will then release the Martian rover. The rover will be equipped with a wide range of scientific instruments, such as spectrometers, to examine Mars for everything from signs of possibly organic methane to evidence of million year old floods. 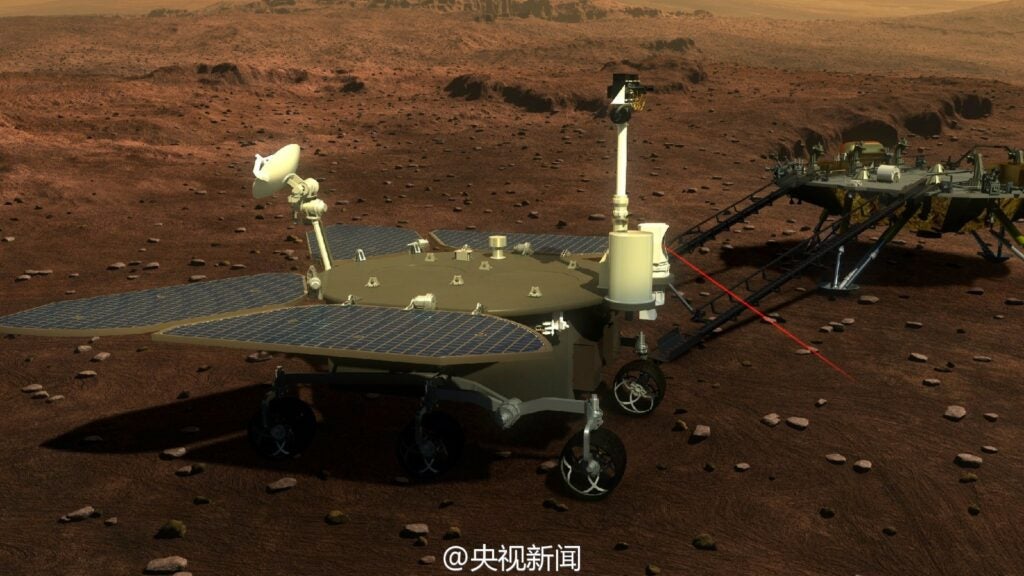 The Chinese Martian rover comes equipped with various scientific tools and instruments, such as a laser spectrometer. In addition to meeting the demands of Martian environmental challenges like atmospheric interference with solar power collection, Chinese scientists hope the rover will make new discoveries about Martian characteristics like weather and geology.

Chief designer Zhang Rongqiao stated that, due to the 40 minute time lag in Martian-Terrestial transmissions, the rover will be highly autonomous when it samples and observes Martian geology, weather, ice distribution and magnetic field. Zhang also noted that having enough battery capacity to weather shortfalls in solar energy collection (resulting from the Martian climate and atmosphere) are additional key challenges. 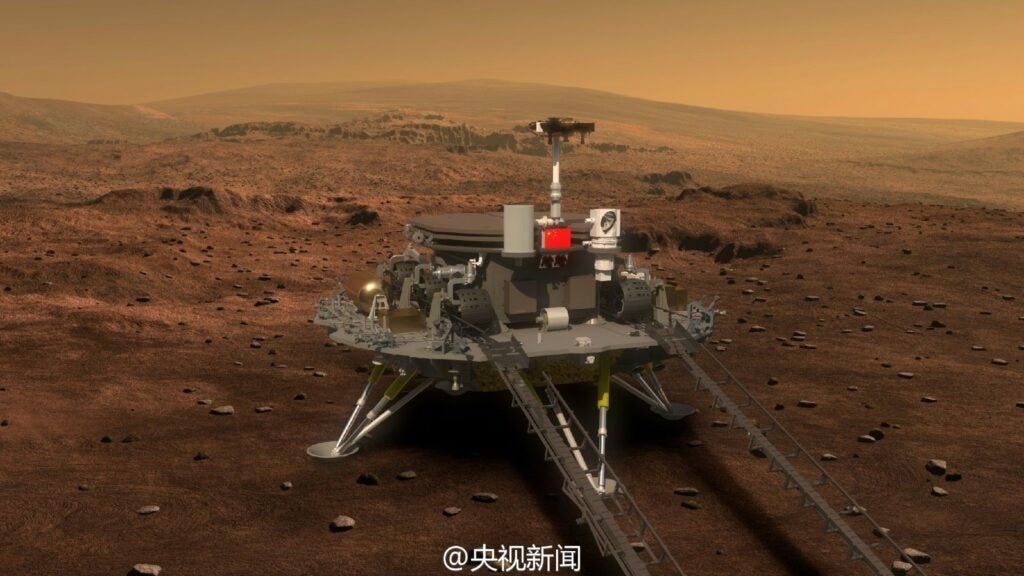 China will build on a successful Martian mission with more challenging expeditions, like a 2030 Martian soil sample return.

For follow on Martian missions, China has even bigger plans, looking to collect and return Martian soil samples to Earth in 2030, just as Chinese taikonauts are targeted to take their first steps on the Moon.