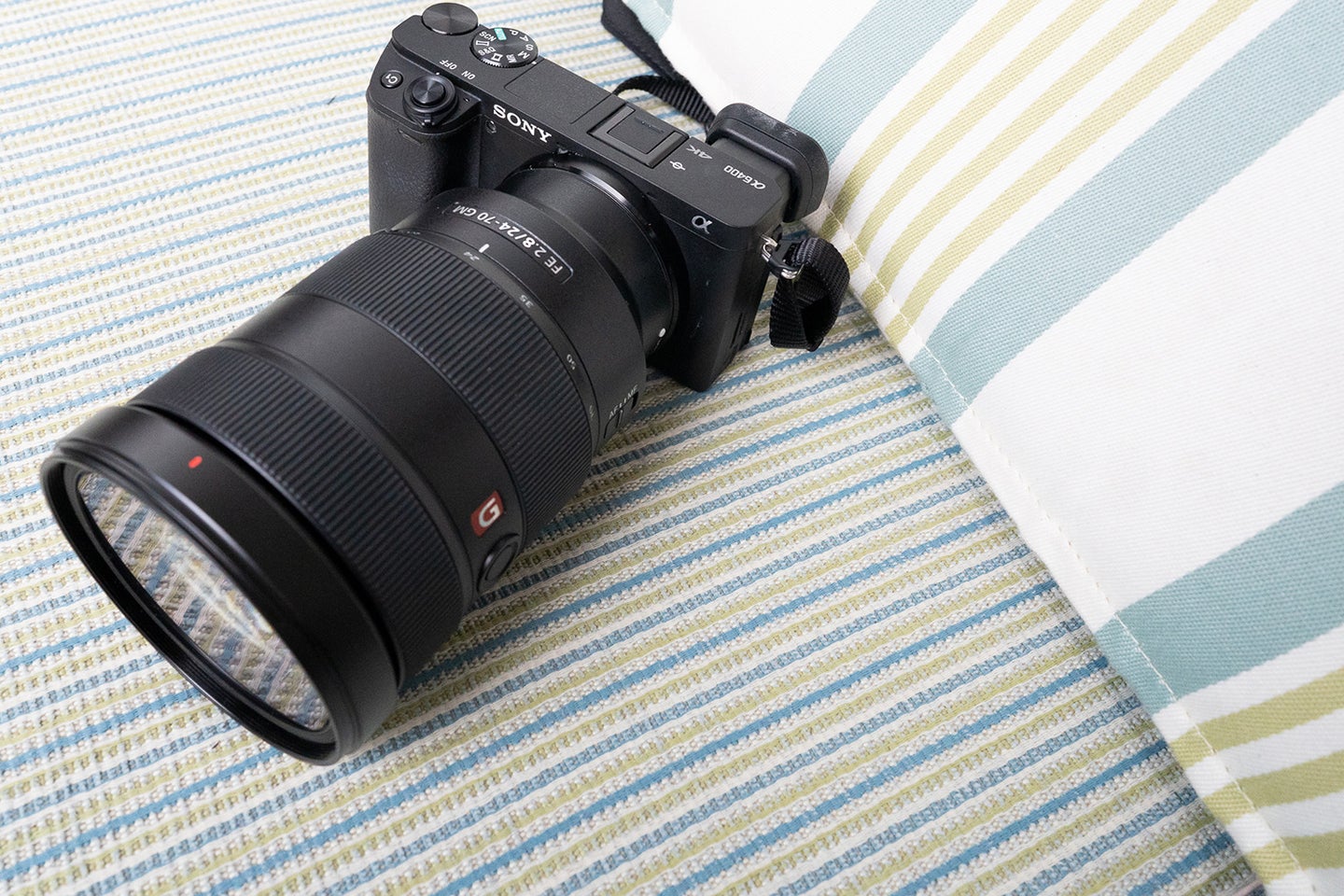 Earlier this week Sony announced a ton of forthcoming firmware upgrades for its line of full-frame cameras and a brand new APS-C camera, the a6400.

The new camera is a mid-range mirrorless uses a similar form factor to the a6300, but has some new features typically only found in Sony’s full-frame cameras.

If you have shot with any of the other cameras in the a6000 line you will feel instantly comfortable with the a6400. The controls on the camera body are extremely similar. The a6400 has a magnesium alloy body with weather sealing to prevent dust and moisture from getting at the electronics inside. The body is slightly bigger than the a6300 to accommodate the 180 degree articulated touch screen—designed with vloggers in mind.

The a6400 has eight customizable buttons and a 3-inch, 921k-dot LCD. The OLED EVF is the same 2.36M-dot version found in the a6300 and the a6500. The touch screen allows shooters flexibility in shooting and can help focus, shoot, or track a subject. The majority of the a6400s advancements are baked into the tech inside the camera.

The most exciting element about the a6400 is the new autofocus technology—it’s largely similar to the system in the flagship A9.

The a6400 utilizes a hybrid AF system with 425 phase-detection points and 165-point contrast-detection system that cover 84 percent of the image. The camera also uses the Real-time Eye AF and Real-time tracking features found inside the a9. Sony says that Real-time tracking is using what they are calling ‘Speed x AI’ to identify objects and use machine learning to recognize what might be a human face or a human eye. A firmware upgrade coming in April will enable face and eye recognition to work on animals as well.

The upgrade allows object tracking, eye AF, and face tracking to work together. Once you tell the camera to lock onto a subject it will track the subject regardless of where it is in the frame by finding an eye, a face, or just part of the body to latch onto. Sony breaks down what this actually looks like in the video below.

The new AF system in the a6400 is very fast. When eye AF was turned on the camera did an excellent job of hunting for human shapes, detecting faces, and honing in on the eyes. If you’re used to shooting with a DSLR, the green boxes tracking people in your image may take a little getting used to, but the system is very adept at focusing on faces.

The new AF system seems to work best in sunny conditions, with lots of contrast and a relatively simply frame, but that’s true with most autofocus. The a6400 was great for shooting slow moving models and animals with predictable movement paths, but it won’t freeze the action of a skateboarder or basketball player quite like the a9 will. At $900 we wouldn’t expect it too, but if the sports you are shooting happen to be a little league game or recreational soccer this camera will likely be plenty capable.