Some Exoplanets May Get Squashed By Gravity From Stars

The latest addition to the exoplanet freakshow 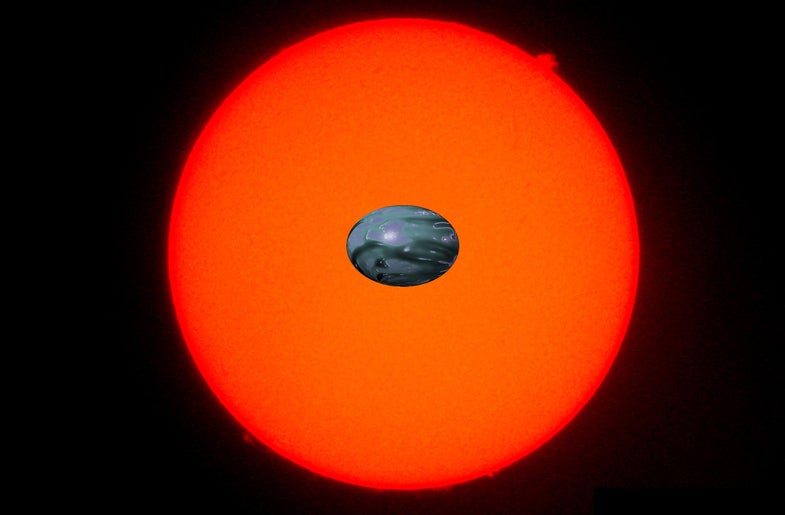 There are a lot of weird worlds out there. Astronomers have caught glimpses of planets that may be less dense than Styrofoam, some with two suns like Star Wars’ Tatooine, and others still that are believed to be made out of diamond. According to a new paper, scientists may soon start spotting planets that have gotten stretched out by the gravity of the stars they orbit.

If you took cross sections of Earth, it wouldn’t be perfectly spherical. That’s partly due to the Earth’s rotation, but another reason is because the Moon pulls on Earth’s water, creating bulges around its waistline. Now imagine if that gravity weren’t coming from a small, cold moon, but from a big, hot star instead. For planets that orbit close to their stars, the combination of heat and gravity could distort even a rocky crust, making the planet look squashed. Researchers, led by Prabal Saxena of George Mason University, expect to find these elongated planets primarily around red dwarf stars, which are the most common stars in our galaxy.

“Imagine taking a planet like the Earth or Mars, placing it near a cool red star and stretching it out,” Saxena said in a press release. “Analyzing the new shape alone will tell us a lot about the otherwise impossible-to-see internal structure of the planet and how it changes over time.”

If such distorted planets really are out there, scientists may be able to detect them using the upcoming James Webb Space Telescope and the European Extremely Large Telescope, which are expected to come online in the next decade.