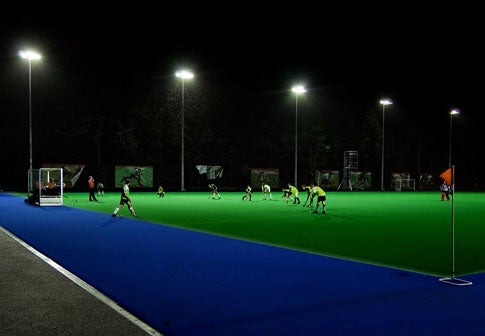 For years we’ve known not to play with peeled paint chips; now, we know not to eat the turf. The US Consumer Product Safety Commission recently announced an investigation potential hazardous levels of lead in artificial turf fields across the country.

Two fields in New Jersey were closed this week after elevated levels of lead were found during an unrelated investigation. The source is likely from lead chromate that is used as pigment and to prevent fading. While the lead could become airborne through wear on the surfaces, further studies are necessary to assess the actual risk.

Artificial grass playing fields first become common in the 1970s with the introduction of the now-iconic AstroTurf (both fields found to contain lead were produced by the AstroTurf company and were nylon variants, according to CNN). More carpet than turf, a rash of injuries and complaints from purists resulted in many turf fields transitioning back to the real stuff, although next-gen technologies developed in the past five years have seen more widespread adoption. According to the Synthetic Turf Council there are 3,500 synthetic playing fields in the United States with 800 new fields being added each year.