Run Your Car on Trees

Could a diesel-producing tree be the key to fuel independence? 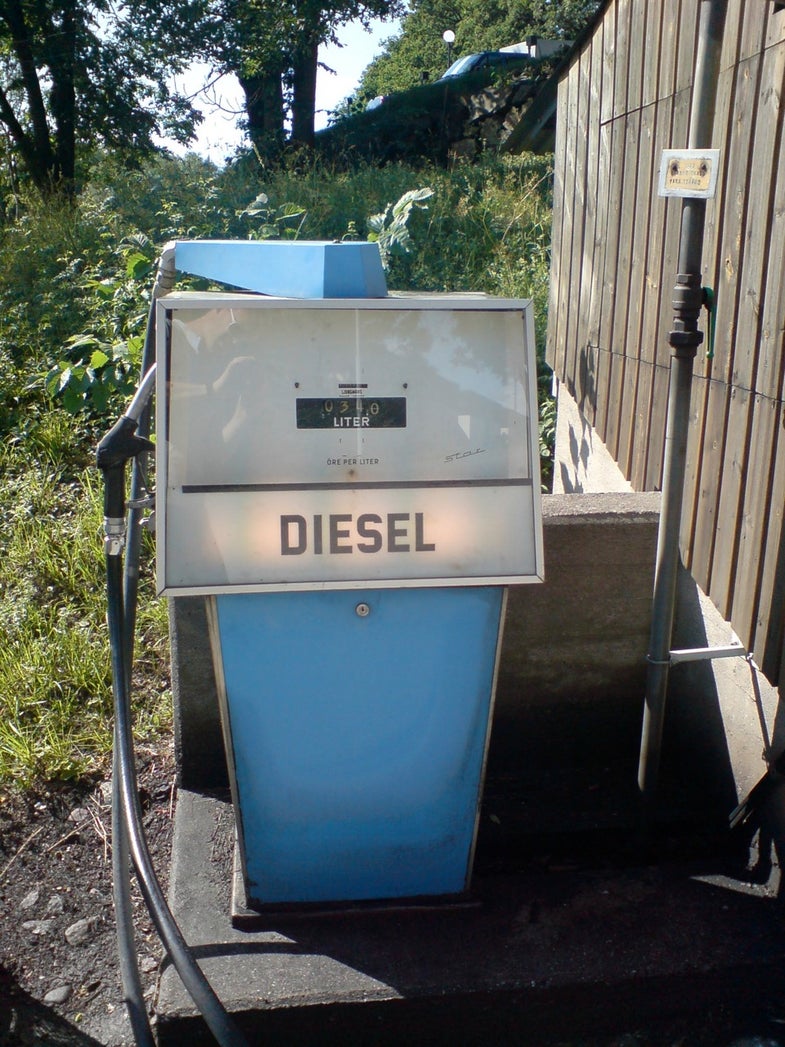 Money doesn’t grow on trees, so it should stand to reason that diesel fuel wouldn’t grow on trees either. And yet the Brazilian Copaifera langsdorfii tree has been quietly producing a natural diesel variant in the tropical rainforest, something we’ve known about since the seventeenth century. It’s only now that farmers in Australia have decided to farm the tree on a large scale in the hopes of having 20,000 living, above-ground fuel wells.

The tree produces terpene hydrocarbons, which are the family of molecules that give us turpentine from pine resin. The particular hydrocarbons the Copaifera tree produces are so well suited to powering diesel engines that they can almost be put directly in the tank from the tree. It’s harvested in much the same way as a maple tree is tapped for producing syrup.

There is question as to whether or not the tree is financially viable as a fuel source; it is estimated that 100 trees could produce 25 barrels annually, which is an awfully low figure for the investment necessary in the land and upkeep of the trees. Additionally, the fuel does not keep for very long and loses its potency after a few months.

So while the natural diesel seems not to be an option for export, it could prove well suited to sustaining the fuel needs of individual farms. That’s the experiment the North Queensland farmers are undertaking in hopes of achieving fuel independence when the trees mature.