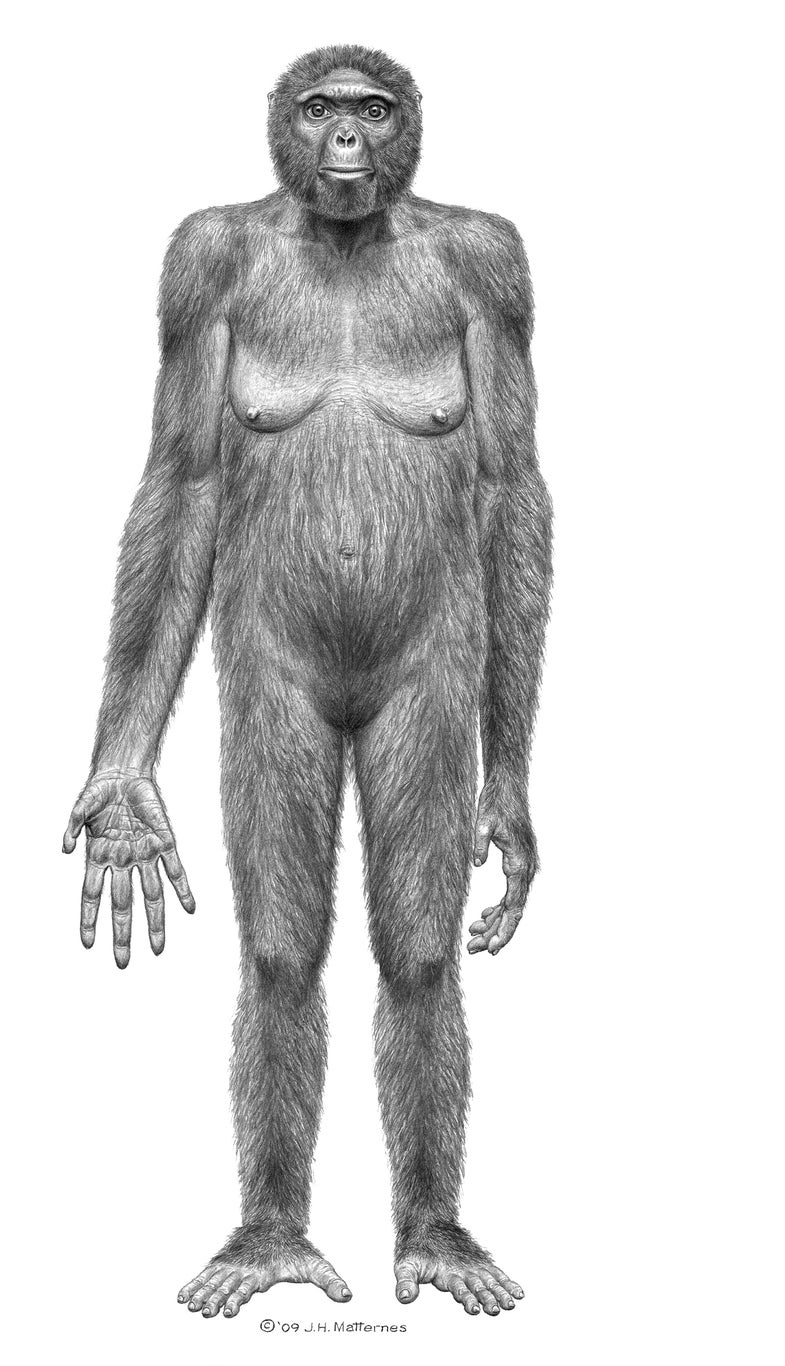 This morning, scientists revealed an analysis of a female skeleton that seems to be the best example of early hominids around, about a million years older than the famous Lucy specimen that has been a prime example of early humanoids for about 40 years. New species Ardipithecus ramidus, which scientists nicknamed “Ardi,” lived in the woodlands of present-day Ethiopia and had a blend of human and chimplike features.

By analyzing the skeleton (which included hands, feet, limbs, pelvis, and skull), researchers estimate that she was about four feet tall and weighed about 110 pounds. She was adept at both climbing through trees (with help from opposable big toes) as well as standing on two legs.

Ardi lived 4.4 million years ago, about a few million years after the lineages of people and chips split. All in all, the research suggests that humans’ and chimpanzees’ last common ancestor was pretty different from current-day apes, which have gained a lot of adaptations for swinging through the trees since then. Read: You certainly did not descend from a chimp, and the thing you descended from wasn’t as chimpy as you might have been picturing.

Ardi was revealed at a press conference this morning. The 11 scientific papers detailing her bones and lifestyle will be published tomorrow in the journal Science. 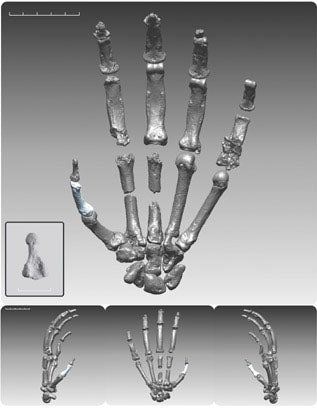