But will it find the warp zones? 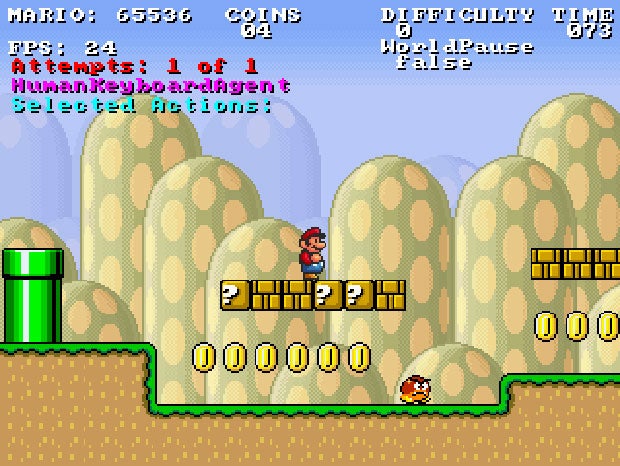 The new competition would pit different AI design approaches against one another, such as programs based on evolutionary learning techniques versus completely hand-coded programs. It uses a heavily modified, Java-based version of “Super Mario Bros.” as a virtual playground for the AIs, with the added challenge of endless random level generation.

The researchers behind the project have no doubts about the educational benefits of video games for computer learning.

“As far as I’m concerned, Mario is the computer game, both as a gamer and as a good machine-learning challenge that requires a broad set of skills,” said Julian Togelius of the IT University of Copenhagen, Denmark, in a New Scientist interview.

For now, programmers must act quickly to meet the first deadline of August 18 for the Games Innovation Conference in London, and perhaps snag small cash prizes of $200, $100, and $50. A second contest deadline on September 3 for the IEEE Symposium on Computational Intelligence and Games offers a slightly heftier prize purse of $500.

Perhaps any Mario-learning software could take a cue from another project at Rutgers University, where a learning algorithm plowed its way through the classic Atari game “Pitfall.” Cue victory dance … now.