From Germany, a Way to Mass-Produce Artificial Human Skin

Skin does more than look good (or, in my case, get covered in pimples and easily burned by the sun).... 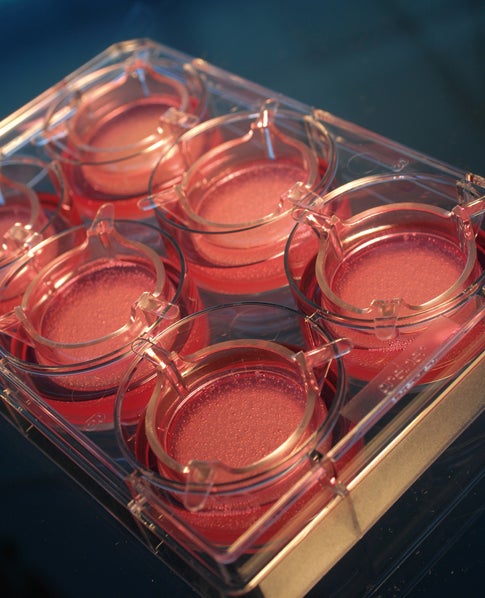 Skin does more than look good (or, in my case, get covered in pimples and easily burned by the sun). It also protects the body from infection, dehydration, and a generally hostile world. As a result, victims of burns and skin diseases face serious problems beyond the obvious issues of pain and aesthetics.

For years, doctors have tried use synthetic skin for grafts and repairs, but the process to create that synthetic skin has always been expensive and time-consuming.

Now, a team from Germany’s Fraunhofer-Gesellschaft science institute have created a way to mass-produce artificial skin, complete with blood vessels, that can be used for grafts, plastic surgery, or even cosmetics testing.

The basic skin production system, which Fraunhofer-Gesellschaft hopes to start selling next year, can produce 5,000 little swatches of human skin a month, for a total of over 600 square inches of mass-produced tissue. Each 0.12-square-inch section of skin would cost around $49 to produce, far less than the current cost.

The system, which should be available in 2010, is fully automated, with computers controlling the solution that the skin grows in, monitoring the vats for infection, guiding the blade that cuts the swatches, and even testing the quality of the final product. So far, this project has generated 19 patents for Fraunhofer-Gesellschaft.

In addition to providing new skin to burn victims, these swatches can also take the place of animals in medical and cosmetic testing. Also, since the swatches can be made to contain blood vessels as well as skin cells, scientists can run circulatory as well as skin-related experiments on them.

And if your lab is blown up by the Mafia, this will allow you to stay in the sun while exacting your revenge.