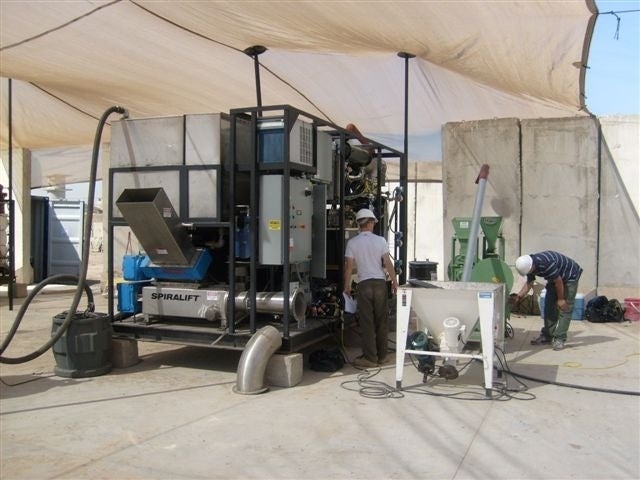 Soldiers could eventually obtain their drinking water from vehicle exhaust, based on water-purification technologies being developed by the U.S. Army’s TARDEC and DARPA labs. Garbage and waste produced by camps could also become new sources of energy. 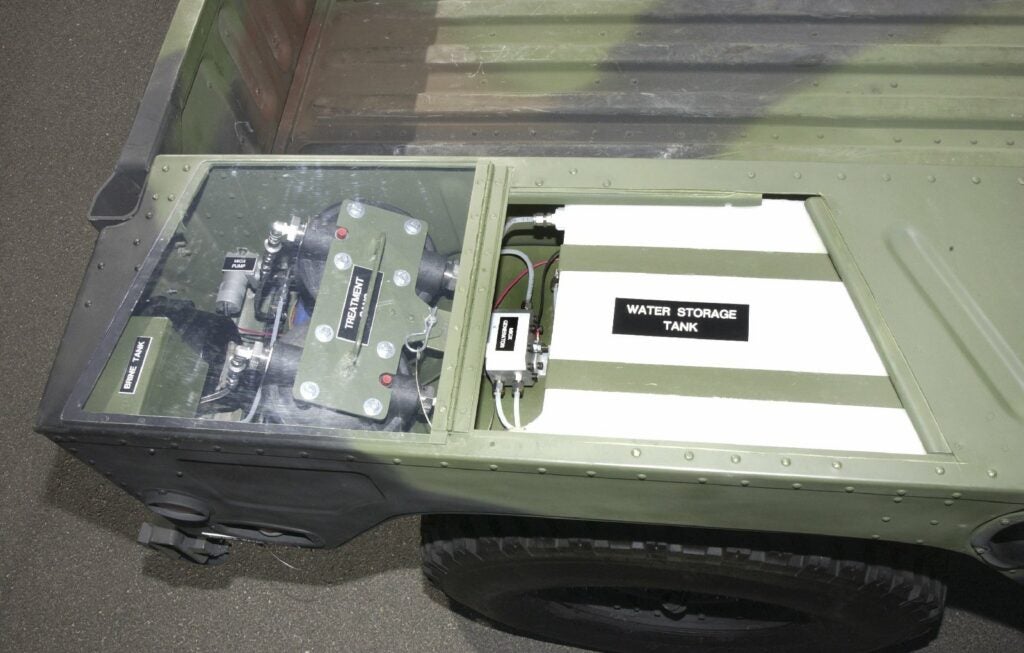 An early prototype of a vehicle-based system that converts exhaust into drinkable water for soldiers.

One technology, the Tactical Garbage to Energy Refinery (TGER), converts solid waste into gasified pellets that are burned like propane to help power a 60-kilowatt electrical generator. Liquids get fermented into ethanol. Two test units at Camp Victory in Iraq successfully broke down trash ranging from plastic wrappings to leftover food, and are now undergoing more tweaking.

Even basic steps help cut back on the need to risk Army lives and resources shepherding convoys through a gauntlet of roadside ambushes. The Army spent $95 million to coat tents in Iraq with foam insulation and reduce air conditioning needs by half, according to a Climate Wire report on the military’s green push. That in turn eliminated the need for an estimated 12 fuel convoys per day.

Portable solar and wind technologies are also undergoing test runs at Fort Irwin, California. And the Army eventually wants to deploy microgrids to efficiently manage individual power generators, perhaps saving as much as a fifth on energy consumption.

Finding new sources of fuel for armored vehicles and helicopters remains a somewhat bigger challenge. But even there, the Army has begun buying up electric cars and other fuel-saving technologies.