A new design that helps doctors start an IV successfully, every time 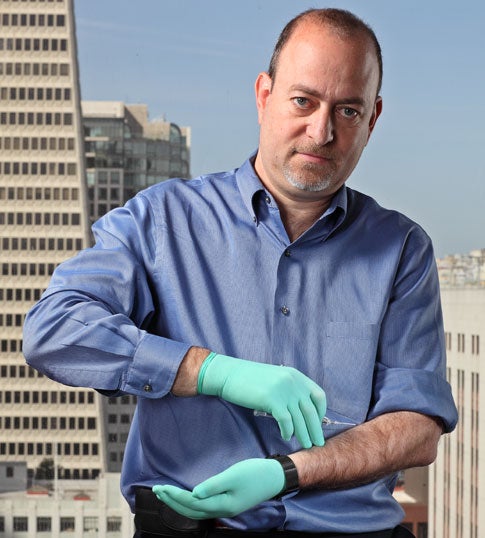 When Amir Belson flew from Israel for a pediatric fellowship at Stanford University in 1998, he carried a list of 64 ideas for medical inventions. Many of the concepts were influenced by the years he served as a flight surgeon in the Israeli air force, while others came from time spent in a neonatal intensive-care unit. One of them was an idea for a better intravenous catheter, one that wouldn’t damage veins or kink inside of them. By 2005, he had made his first prototype.

The design of the IV catheters that drip medications and fluid into patients’ bodies has changed little in 30 years. Belson found that as many as 40 percent of first attempts to start an IV fail. Advancing a needle blindly often leaves veins clogged and useless for weeks, bruises patients, exhausts clinicians, and costs hospitals thousands of dollars a week in extra needles and labor. Some research has been done to thread catheters using ultrasound technology or infrared light, but both techniques are expensive and require additional training. 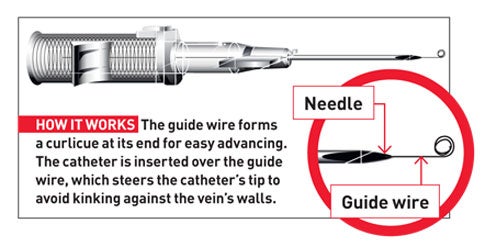 Belson’s Vascular Pathways prototype, inspired when he spent an entire shift working to insert an IV into a newborn, is a more practical design based on standard catheters. As with any needle, a medical professional using Vascular Pathways knows the vein has been reached when blood flashes back through the needle. She then slides forward a lever, which advances a guide wire safely out from inside the needle. The guide wire rolls into a curlicue before the catheter slides over it, preventing the catheter tip from hitting the vein’s walls. Finally, the needle and guide wire are retracted, leaving the catheter in place. “It’s going to make a big difference in saving a lot of what are now unavoidable re-sticks,” says Jeff Stuart, medical director of the Washington Outpatient Surgery Center in Fremont, California.

After testing the device on large veins in pigs, Belson started IVs in the tiny veins in rabbits’ ears, where muscles keep the ears bouncing around. Of 100 pricks made, only one failed. Having received FDA approval, in April Belson began a two-month trial with people. If successful, he plans to team up with Australian company Telesso Technologies and sell Vascular Pathways at a price comparable to current catheters, hoping, he says, “to make this catheter the gold standard worldwide.”