Buyers should expect a few tweaks and a higher price 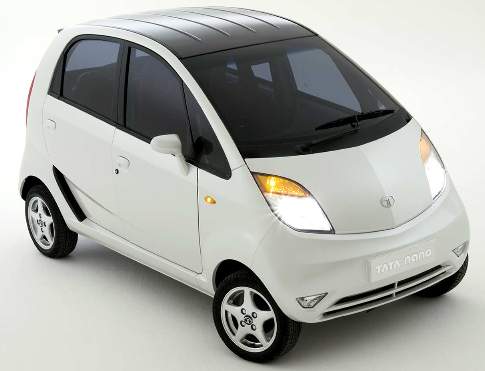 Will US car buyers adopt a car the size of a laundromat dryer, that costs as much as a sofa? Ratan Tata, chairman of India’s Tata Motors, hopes they will. Automotive News reports that Tata is floating plans to bring a version of the $2,500 Nano minicar to the US within three years.

Chairman Tata made such remarks this week at a Cornell University forum in New York City. Deliveries of the Nano to buyers in India, where only one in one thousand people own a car, are scheduled to begin in India next month.

A Nano sold in the US won’t likely be the same as the model sold in India. Tata said a US-bound Nano will have to meet more stringent US emissions and crash standards. The four-seat Nano sold in India gets up to 65 mpg. Tata said the company is also developing cars that run on fuels other than gasoline, including diesel and biofuels, as well as electric models powered by batteries.

Tata also said the company will offer a European version of the Nano by 2011.

While it was rumored that the company might distribute the Nano to US buyers through the dealerships of Jaguar and Land Rover, two luxury brands Tata bought from Ford Motor Company in 2008, Automotive News reported that a spokesman for Jaguar Land Rover North America said Tata will not use those brands’ distribution networks.