Designer dreams up pen that perfectly replicates colors in the environment 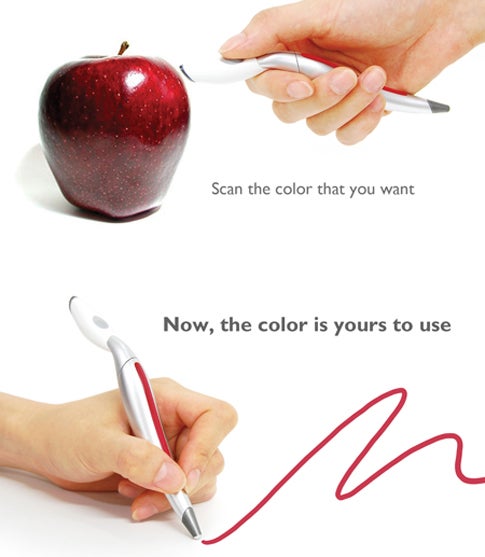 Now if only they found some way to make an "undo" function in real life. via Tuvie
SHARE

Most of the Photoshop tools familiar to artists import old school analog devices onto the computer. Before computers, artists would use actual razors to crop, and physical scissors and glue to cut and paste. But South Korean designer Jinsun Park has envisioned a pen that reverses the process, taking a tool developed for the computer and porting it to physical reality.

Park has designed a concept pen that adapts Photoshop’s eyedropper tool for real life. On one end of the pen is a camera that captures a complex, real world color. Then, like an inkjet printer, a computer in the pen calculates the mixture of red, green and blue ink needed to replicate the color photographed by the camera. Ink in the perfect proportions then flows out of the ball point on the other end of the pen. 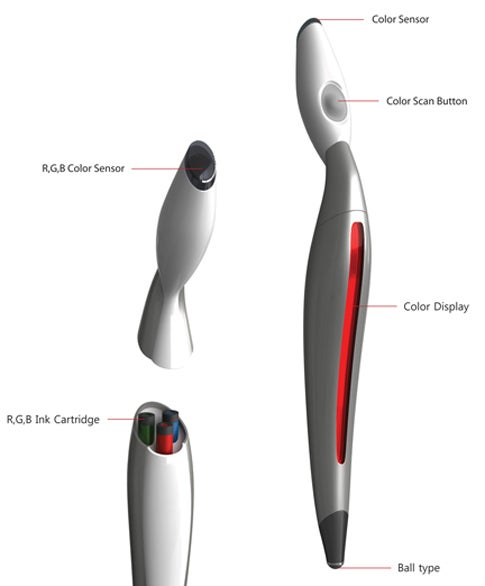 Currently, the device is more fanciful than practical–Park could start refining it toward a working prototype by first including CMYK inks instead of RGB. But as computing continues to shrink in size and price, you can bet that Park and other designers will continue to erase the line between digital and physical artist tools.