A physicist in Congress weighs in on electronic voting, missile defense and why politicians tend to ignore science 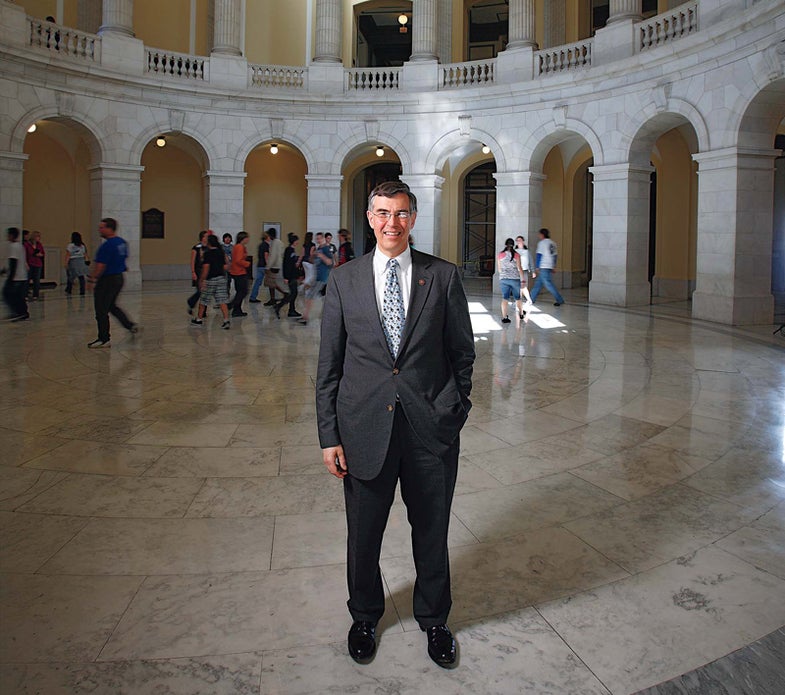 Representative Rush Holt of New Jersey has served in Congress for a decade, but he’s not your average politico. The physicist is a five-time Jeopardy champion, an inventor of a solar collector, an arms-control expert and a former assistant director of the Princeton Plasma Physics Lab. He likes to pop into science conferences so that he can drop terms like “impedance matching” and not catch weird stares.

Holt, 59, says the U.S. is at a critical juncture in its support of science and engineering. A new president, for example, could end the recent politicization of science. But he feels we also need to make a fiscal commitment. Our economy is fueled by innovation, yet, Holt contends, we’re not laying the groundwork for future breakthroughs. At press time, he was fighting for $500 million in emergency funding to revitalize programs at the Department of Energy’s Office of Science, the National Science Foundation, and the National Institute of Standards and Technology.

We talked with Holt about the big issues facing science and government today, and why the Hill needs more lab-trained scientists.

Q: Why government? Were lab politics not enough for you?
A: From my earliest memories, I’ve been interested both in how things work in the physical world and how we as a society work. Politics is fascinating history, psychology, strategy—it really counts. It affects lives.

Q: You’ve said we need more scientists in government? Why?
A: In our society, nonscientists steer clear of science, and that goes for their representatives in Congress too. I always find it so interesting that members of Congress don’t mind dealing with economics and international relations and other subjects in which they are not specifically trained. And yet when it comes to science, they will profess ignorance and just avoid the subject.

Q: What would scientists bring to the table? A way of thinking? Expertise?
A: My science training is good problem-
solving training, but there are also matters that come before Congress that have scientific or technical components that get very little attention. A lot of people think we need scientists to deal with the science issues—the funding for NASA and things like that. I’m not worried about that. It is the countless other things that come before us that have scientific components that are ignored. 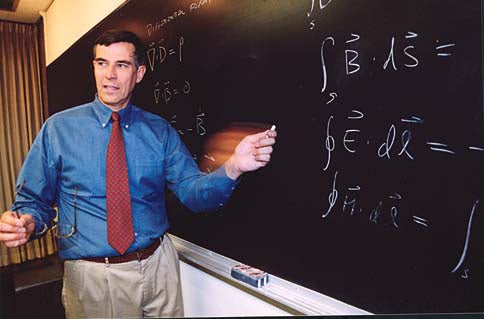 Q: Could you give an example?
A: Elections and voting. Most people thought these were somehow civil-rights issues but not a question of science. Yet the computer scientists pointed out to Congress that these electronic voting machines can’t be audited because there’s no record of the voters’ intentions. There’s no way of checking the actual numerical electronic count against the voters’ intentions. And nobody thought about that.

Q: Did you protest?
A: I told the authorities of the bill, hope you’re putting in an independent audit of the electronics,” and they said, “Oh, don’t worry, we’re taking care of that.” And lo and behold, it came to the floor and it didn’t have that.

Q: Aren’t there are also straight-up
science issues that get butchered?
A: There are certainly examples of people letting ideology blind them to the evidence, and I do prefer to make decisions based on evidence rather than ideology. Some things just won’t work. The missile-defense system—I used to call it faith-based defense—was based on this ideology that these complicated systems would work, even when engineer after engineer and test after test showed that they didn’t. Scientific analysis puts constraints on what’s possible.

Q: You’ve also pushed for more funding for basic science research. How do you sell that to the public?
A: We have not done a very good job of helping the public understand the real kitchen-table implications for them. Americans value the fruits of science, but they are not immediately sensitive to what’s lost tomorrow if we don’t invest today. Our failure to seriously invest in research in the last decade or two really does affect them. Most people don’t understand the long-term investment that it takes to build a vibrant research base. And if you don’t have a research base, you don’t generate new ideas. If you don’t have new ideas, you will not have productivity growth and an improving quality of life.

Q: Do you think the relationship between science and government will change with a new president?
A: You don’t have to be partisan to recognize that in recent years, science has been politicized. Government scientists have been forbidden to go to some meetings or publish their results or even study certain things. The pursuit of knowledge has been constrained. I think that would change, could change—I hope will change—under a new administration.