Who did more as a Senator to support scientific integrity? 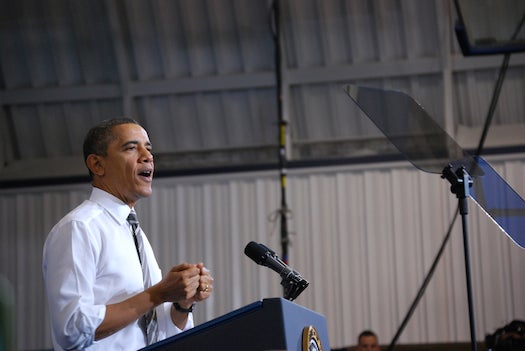 To reach the highest levels of power, a politician must master the art of promising reform in areas far beyond their jurisdiction. Much like their previous answers about water usage, scientific integrity generally falls outside the scope of what Obama and McCain voted on in Congress.

In fact, only two instances stand out from McCain and Obama’s legislative histories that relate to their answers for this Science Debate question. Interestingly though, McCain and Obama’s work on scientific integrity came not as votes on actual bills but in the back room maneuvering that actually constitutes the day to day work of the Senate.

McCain’s main action on the topic of scientific integrity and government came during the assemblage of the America Competes Act, eventually passed into law as S 761 of 2007. Previously, the bill was called S 2802, the American Innovation and Competitiveness Act of 2006. That bill never made it to a vote on the Senate floor, languishing until dead in the committee McCain sat on.

According to Celia Wexler, the Washington representative for the Union of Concerned Scientists scientific integrity program, Senator McCain fought to have language he initially proposed as an amendment to the 2006 bill incorporated into the body text of the 2007 bill.

What McCain inserted into the bill was a clause called Section 1101, which required the Director of the Office of Science Policy to present guidelines that to address scientific openness and regulate how federal agencies present data from publicly funded studies. In effect, McCain made sure that the research ordered by the bill would be presented without tampering and in the most transparent possible way.

Similarly, Obama’s work on integrity and science came through his position on the Homeland Security and Governmental Affairs Committee. Obama has been a vocal advocate for whistleblower protection, and used his position on that committee to help craft legislation like S 274, the Federal Employee Protection of Disclosures Act. In Obama’s Science Debate answer, he specifically reiterates this point, saying “I will strengthen protection for ‘whistle blowers’ who report abuses of these processes.”

Scant legislative work supports elements of both McCain and Obama’s Science Debate answers, but this ultimately seems to be an issue that did not occupy much space on either candidate’s policy radar. Tomorrow we take a look at the candidate’s positions regarding government research, and wonder how that is different from the innovation they discussed in question one.

After a year of winnowing down questions from 38,000 scientists and citizens, Science Debate 2008 sent 14 covering health, research, the environment and science to the presidential candidates. Both Senator McCain and Senator Obama answered the questions. However, it’s easy for a politician to make promises, so _PopSci investigated both senator’s voting records to see if their history matched up with their promises for the future. Each day for the next two weeks we’ll present an analysis of the candidate’s voting records as compared with their answers to the ScienceDebate2008 questions. You can follow the entire series at popsci.com, where you can also sign up for an RSS feed._

Discuss these topics, and others, in the Popsci.com Elections Forum.