From Embryo or From Blood Cells: Obama and McCain’s Stem Cell Showdown

Do either candidate’s record support their stance on stem cell research? 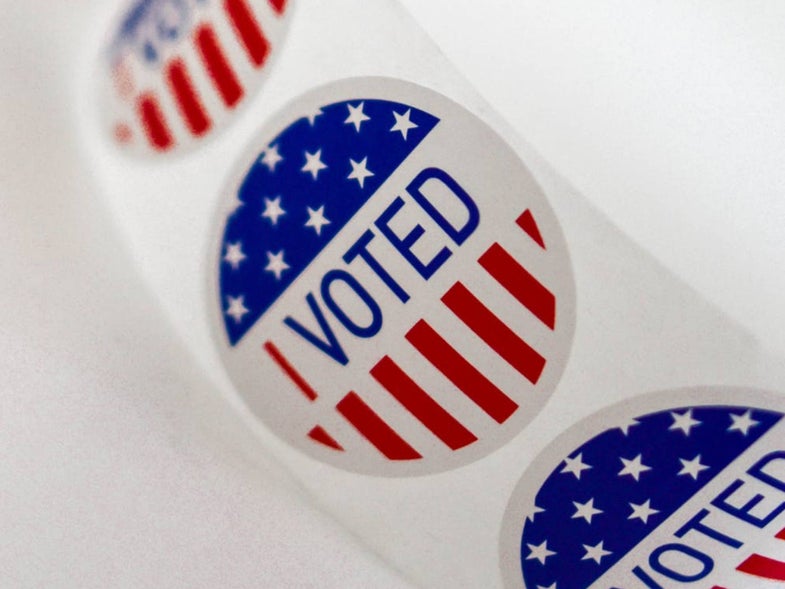 The only thing more satisfying than wearing one of these stickers might be giving them out. Element5 Digital / Pexels
SHARE

So far the Science Debate 2008 questions have focused on technical issues which most Americans agree are important, even if they disagree over how the problems should be tackled. However, by asking about the federal funding and regulation of stem cells, question eight steps right into the fray of a decade long culture war. That cultural conflict colors both candidates’ Science Debate answers, but what about their legislative history?

Senator Obama and Senator McCain’s Science Debate answers demonstrate two very different ways of tackling this subject. McCain’s answer says nothing about any potential medical benefits of stem cell research, while Obama’s answer begins by laying out possible advances that could result before he explains his position on the issue. However, these answers resemble the candidates’ party’s lines more than their voting history.

Legislation regarding stem cells first began to appear in the Senate in 2000 with S 2015, the Stem Cell Research Act of 2000. The bill never made it out of committee, but began a trend that grew each following year. The 2001-2002 session of Congress saw the introduction of eight stem cell related bills. In the 2005-2006 session, members of Congress introduced 15 stem cell bills. During that 2005-2006 session, Congress began voting on a stem cell bills.

On July 18th, 2006, Congress began voting on America’s stem cell policy. First came S 2754, the Alternative Pluripotent Stem Cell Therapies Enhancement Act. This bill sought to require the Secretary of Health and Human Services to begin developing a method of generating stem cells without the use of an embryo within 90 days of the passage of the bill. The bill passed the Senate unanimously, but failed to pass the House.

Then the Senate voted on S 3504, the Fetus Farming Prohibition Act of 2006, which prohibited the use of any stem cells derived from a human embryo. That bill also passed the Senate unanimously, and eventually went on to become law.

The third act the Senate voted on that day was the most divisive. HR 810, the Stem Cell Research Enhancement Act of 2005, passed the House a year earlier, and passed the Senate 63 to 37. Both candidates voted for the bill, which requested that the Department of Human Health and Service “conduct and support research that utilizes human embryonic stem cells, regardless of the date on which the stem cells were derived from a human embryo, provided such embryos.” In voting for this bill, Senator McCain voted against the majority of his party on both houses of Congress and the President, who went on to veto the bill.

On this issue, it seems the legislative history of both candidates contradicts their Science Debate answers. Obama, who in his Science Debate answer said, “I am also aware that there have been suggestions that human stem cells of various types, derived from sources other than embryos, make the use of embryonic stem cells unnecessary. I don’t agree,” voted to fund research on non-embryo derived stem cells and to prevent fetus farming. Conversely, McCain, who said in his Science Debate answer, “I also support funding for other research programs, including amniotic fluid and adult stem cell research which hold much scientific promise and do not involve the use of embryos,” crossed his own party and voted for a bill that ordered research on fetus derived stem cells.

Tomorrow we examine the candidate’s position on the health of the ocean. For those playing along at home, prepare to mark off “McCain mentions his Naval service” on your scorecard.