City of the Future 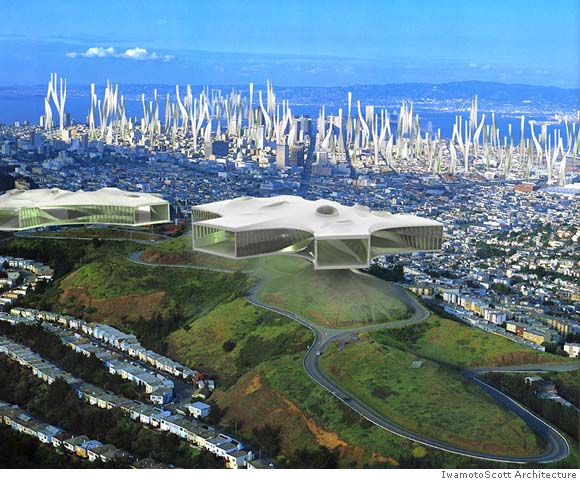 What will San Francisco look like 100 years from now? According to the winning entry in a “city of the future” contest, residents will live in a forest of sinuous towers.

IwamotoScott Architecture took home the $10,000 prize for its “Hydro-Net” design, which also envisions an underground web of carbon-nanotube-walled tunnels where people travel in hydrogen-fueled hover-cars.

Hydrogen would be produced in algae ponds and distributed through the tunnel nanotubes. And “geothermal mushrooms” would tap heat from deep within the earth to power hilltop steam baths with views of the city.

All of which is a nice antidote to today’s gloomy predictions of peak oil and Arctic melting. Of course, the architects don’t have to explain who will pay for all this nifty technology.