Science of the Everyday: Why Earthworms Surface

The early bird may catch the worm--but what's it doing out and about anyway? 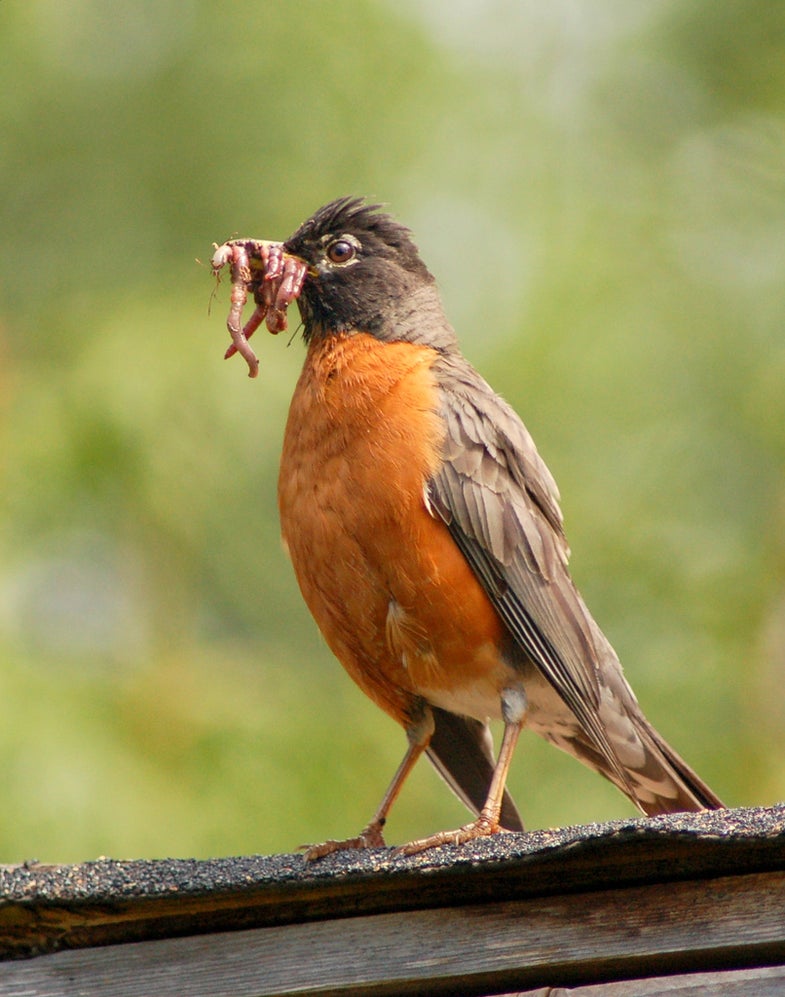 Spring is close at hand in New England, which means we’re getting a lot of rain and the robins are out in force. You’ve certainly seen flocks of the orange-breasted birds out on a wet lawn running and stopping, running and stopping, then pouncing on a worm. It’s a common springtime scene; but why exactly do the worms come out when it rains and expose themselves to hungry birds?

Robins are among the first each year to breed and lay eggs. Chances are, if you see robins during in the spring, they’re already making nests. And while they feed on a variety of invertebrates, fruits, and seeds, they prefer earthworms for their young.

They gather together on lawns to feed because the group dynamic gives them protection from cats and hawks. Using their sharp eyesight, they spot worms in the grass (contrary to popular lore, they aren’t listening to the worms in the ground).

Generally, however, earthworms are loathe to come to the surface as they rapidly lose moisture when exposed to UV rays. Your driveway in the summertime is probably a graveyard of crusty worms, a good example of the dangers of leaving their natural surroundings.

When it rains heavily, though, the worms have little choice. Earthworms get their oxygen from the soil in which they live. When that environment becomes more water than air, they come to the surface to “breathe” just like we do when we’re swimming. And that exposes them to predators: A field day for the robins.