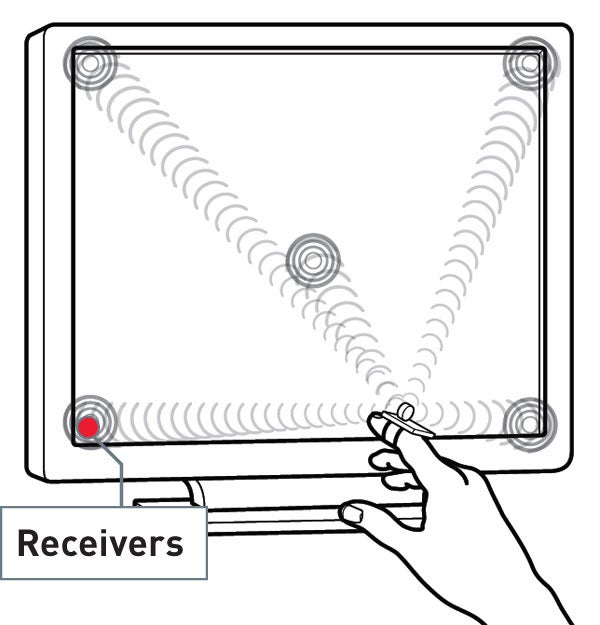 The mouse ring emits ultrasonic pulses that are picked up by five receivers mounted on (eventually, in) a monitor. Based on the time each receiver hears the pulse, a processor calculates its position in three dimensions relative to the five spots and translates it to a cursor position onscreen.

This week, we begin rolling out the winners of the 2007_ PopSci_ Invention Awards. We’ll be doling out a new innovation each day for the next few weeks, so keep checking back for more of what the world’s brightest inventors are currently cooking up. And if you just can’t wait, pick up a copy of the June issue that just hit the stands.-Eds.

There are plenty of reasons to criticize the computer mouse. It looks the same as it always has. It twists the wrist and clutters the desk, taking the coffee cup’s rightful place. But for Mike Cretella, a 21-year-old senior at Worcester Polytechnic Institute in Massachusetts, the real problem is that it is, on his time-scale, ancient. “The mouse is 40 years old,” he scoffs. “And it’s time for a change.”

Cretella and his partners-fellow students Jamie Mitchell, Jeff Tucker, Chris Banker and Jeff DiMaria, and their professor, Brian King-hope to transform the mouse into a snugly fitting ring that would enable you to speed a cursor around a screen as if it’s an extension of your finger. Their prototype, designed and constructed as a senior project, resembles a futuristic Cracker Jack prize. But it acts like a magic wand. “You move [your hand] up and to the right in space,” Mitchell says, “and your cursor will move up and to the right.” The mouse detects all three dimensions, so you can click by jabbing your finger ahead, or maneuver your way through 3-D applications like Google Earth.

Although the system looks a bit rough, it works flawlessly. A small speaker on the ring pumps out ultrasonic pulses, picked up by five microphones arrayed on a piece of plywood. A central processor calculates the ring’s position in space based on when each microphone receives each blast of sound and then correlates this to the cursor onscreen. The ring and sensors communicate 100 times a second, so the translation of hand movement to cursor is instantaneous.

The students aren’t shopping the invention around yet, but they’re not without upgrade ideas. Cretella would like to add gesture recognition, and King says they could probably shrink the ring by replacing its speaker with a tiny, vibrating device. Cretella perks up and offers that, ideally, the mouse would look like a normal ring. He pauses, as if hesitant to mention the godhead of computer design aloud, and adds, “Maybe even something Apple would be interested in.”