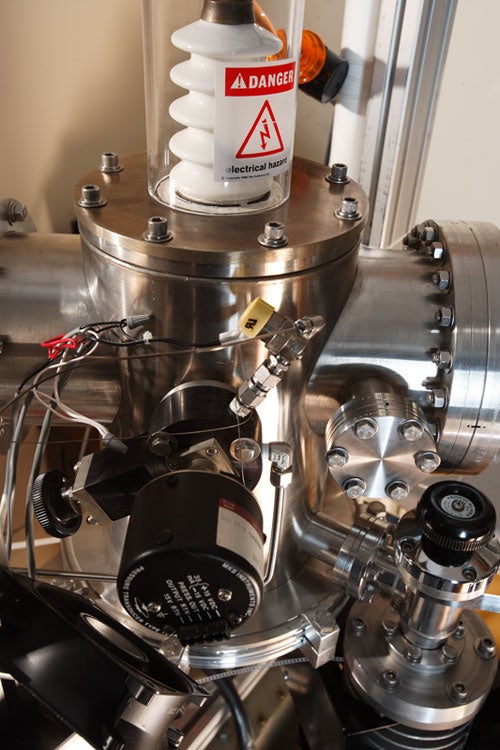 Itching for a challenging science project, two years ago Thiago Olson decided to build a small nuclear reactor. He had limited funds, limited space in his garage, and little engineering know-how. After all, he was only 15.

With a year of research and another of building, Olson pulled it off, joining a club of fewer than 20 amateurs in the world who are known to have created â€fusors,â€ tabletop machines that fuse atoms to produce energy. There´s no risk of a mushroom cloud-the machine creates barely enough energy to heat a cup of coffee, and radiation officials in Michigan (where Olson lives) have already deemed it safe.

How did he do it? Olson pored over graduate-level physics textbooks, studied vacuum-pump manufacturers´ manuals, and scoured the Web for cheap parts. Though mostly self-taught, he occasionally solicited advice on a fusion Web site. Once, he posted photos of a cheap photomultiplier tube he´d bought online because he had no idea how to rig it up. Another fusioneer on the site who had the same model promptly told him which wires went where. Amateur nuclear engineers are, it seems, a helpful bunch.

Now, his reactor up and running, Olson has turned to an even bigger challenge: college applications.