Earlier this week, lava flows put the volcanic Italian island of Stromboli on high alert. Here, we show you how scientists are using tech to better forecast when volcanoes worldwide are likely to blow 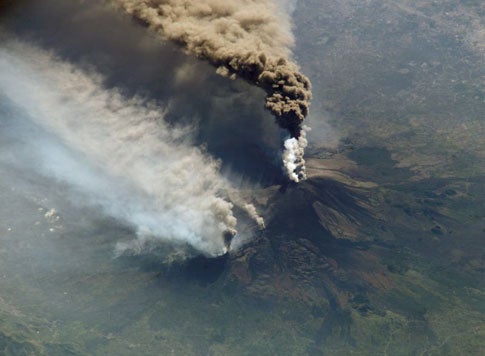 Located 30 miles off the coast of Sicily, Stromboli (the three-mile-wide island, not the tasty pizza roll) is home to several hundred people and one of Europe´s most active volcanoes. On February 27, all dough-and-tomato-sauce jokes were suspended when two new craters opened up on the volcano´s summit, sending streams of lava pouring down into the sea. A similar incident in 2002 triggered a massive landslide and a 33-foot tidal wave, damaging local villages and closing the island to visitors for months. Although this week´s eruptions caused little damage, authorities ordered residents to move away from the coast, all the while assuring them that the chance of any serious damage was minimal.

The official word may sound dangerously nonchalant, but the Italians are practiced in these matters. The volcanoes that dot the landscape are folded deeply into the country´s history, their eruptions resulting in the same intensive cultural shifts caused by wars or pandemics elsewhere (not that Italy hasn´t had its share of those, too). In fact, the Stromboli eruption occurred just days after scientists at the National Geophysical and Vulcanology Institute in Pisa revealed the first four-dimensional simulation of what would occur if Vesuvius erupted again. (As many as 300,000 people living near the volcano could perish, mirroring the total destruction of Pompeii after its most catastrophic eruption in 79 A.D.)

And several weeks ago, scientists from the National Geophysical and Vesuvian Vulcanology Institute Observatory in Naples published a paper noting how the ground near Naples is slowly undergoing a volcanic uplift. The area, Campi Flegrei, is an ancient collapsed volcano about four miles across. It´s part of the volcanic arc that encompasses Mount Vesuvius, and when it last erupted five centuries ago, it expelled enough lava to create an entirely new mountain.

If all this sounds pretty bleak, take heart: Knowing when to expect the next big one is a coup for Italians living among dozens of volcanoes. The modeling of Vesuvius demonstrates how dangerous the next eruption will be, but it also shows how the lava will flow, when evacuation should start, and where evacuees will safely be able to go. The data on the Campi Flegrei was collected with little more than GPS measurements, but it can be used to forecast the magnitude of hazard at any site of potential volcanic activity.

**
For more on how scientists are using technology to better forecast volcanic eruptions, launch the photo gallery here.** 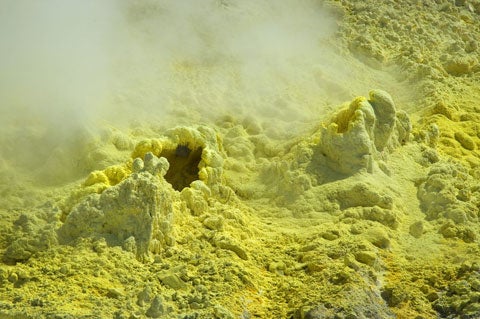 Sniffing For a Gas Leak

Dissipating gases such as carbon dioxide or sulfur dioxide reach the open air through fissures and pores. Scientists can collect gases directly from holes called fumaroles, but more often they use remote gas-identifying spectrometers. Warning time: days to weeks 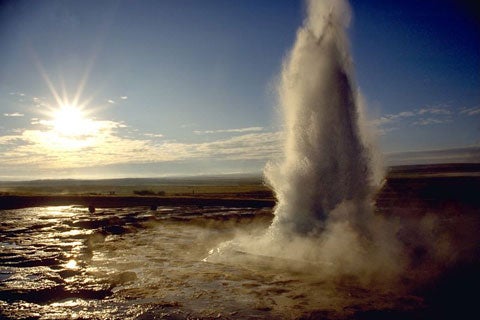 Scientists simply look at the ground for new features. For example, fissures and steam vents form when water superheated by magma bursts from the earth. Warning time: days to weeks 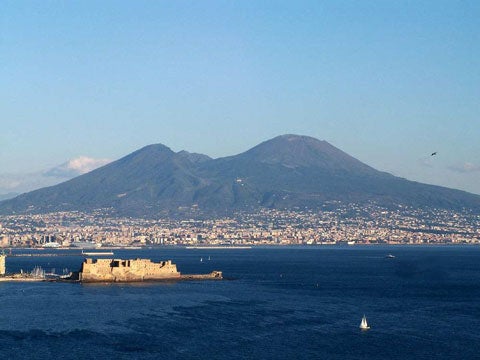 Italy’s Mt. Vesuvius, with one million people living nearby and a history of violence, tops almost everyone’s danger list. 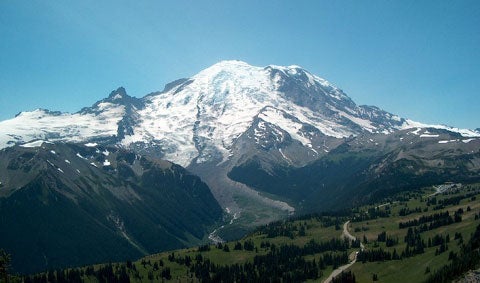 Mt. Rainier, looming over Seattle, hasn’t erupted in over a century. This is not a comfort; big lulls between eruptions usually portend a bigger explosion. 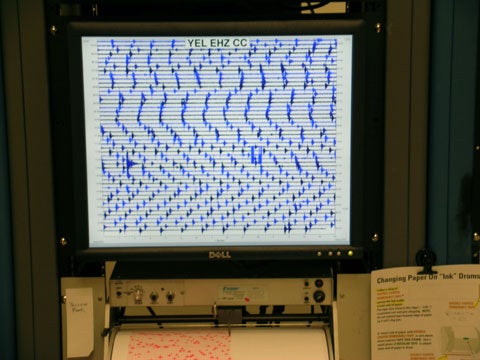 As magma breaks up rocks six to 12 miles below the surface, it causes â€swarmsâ€ of high-frequency earthquakes; gurgling magma causes lower-frequency tremors. As the magma rises, the shaking turns into â€volcanic tremorâ€-a continuous low bass hum from the mountain. Warning time: weeks to months 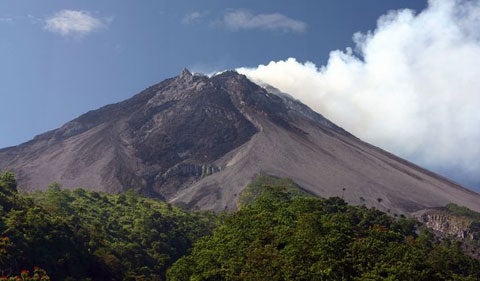 Indonesia’s Mt. Merapi has been spewing ash and lava since last spring. 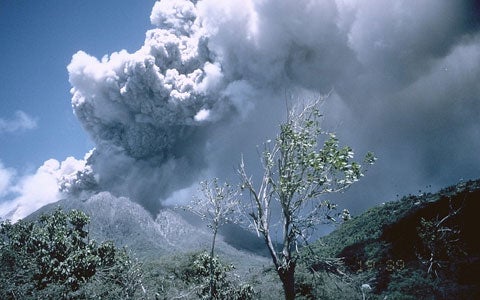 Ongoing activity at Soufrire Hills has caused half of the Caribbean island of Montserrat to remain evacuated since 1996. 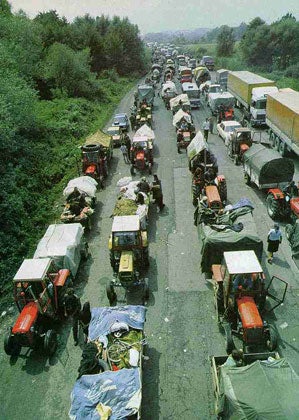 Many scientists have begun to use codes similar to the terror-alert system, giving an estimated percentage likelihood of a big eruption within a certain number of weeks, days or hours. 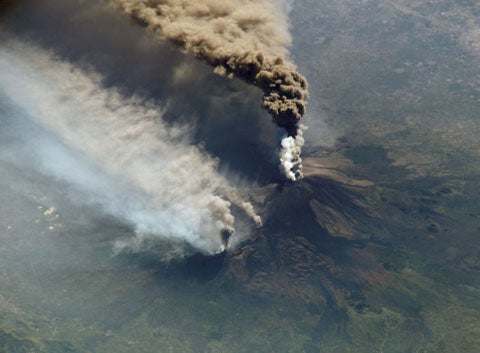 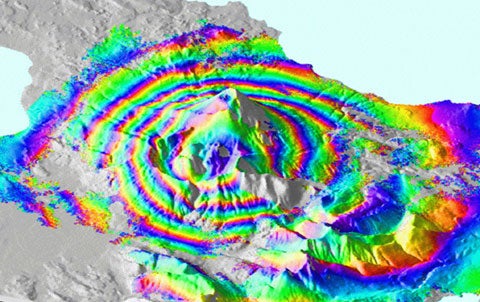 How They Watch: Find the Bulge

As pent-up magma swirls near the surface, it can make the mountain bloat. Scientists compare satellite images taken weeks or years beforehand to search for bulges and other clues. They also use GPS-linked tiltmeters on the ground to pinpoint vertical or horizontal movements. Warning time: months to years 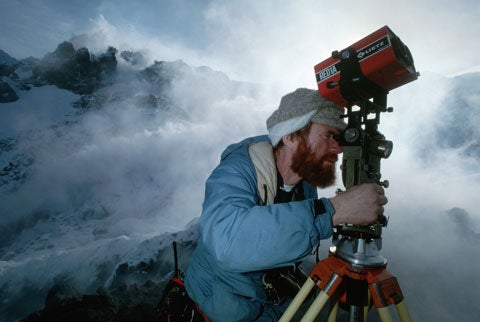 The U.S. Geological Survey deploys seismologists and other specialists to watch 169 active U.S.-controlled trouble areas and to help other countries, such as Indonesia, monitor their own problem mountains. Other countries with substantial efforts include Mexico, Italy and Japan. But even the USGS funds full-scale monitoring on only three of 18 locations considered â€very high threatâ€: Hawaii´s Kilauea, Washington´s Mt. St. Helens and California´s Long Valley Caldera. It´s dangerous work-on average worldwide, one volcanologist dies on the job every year.