For some psychological pep, add color to urban surroundings. 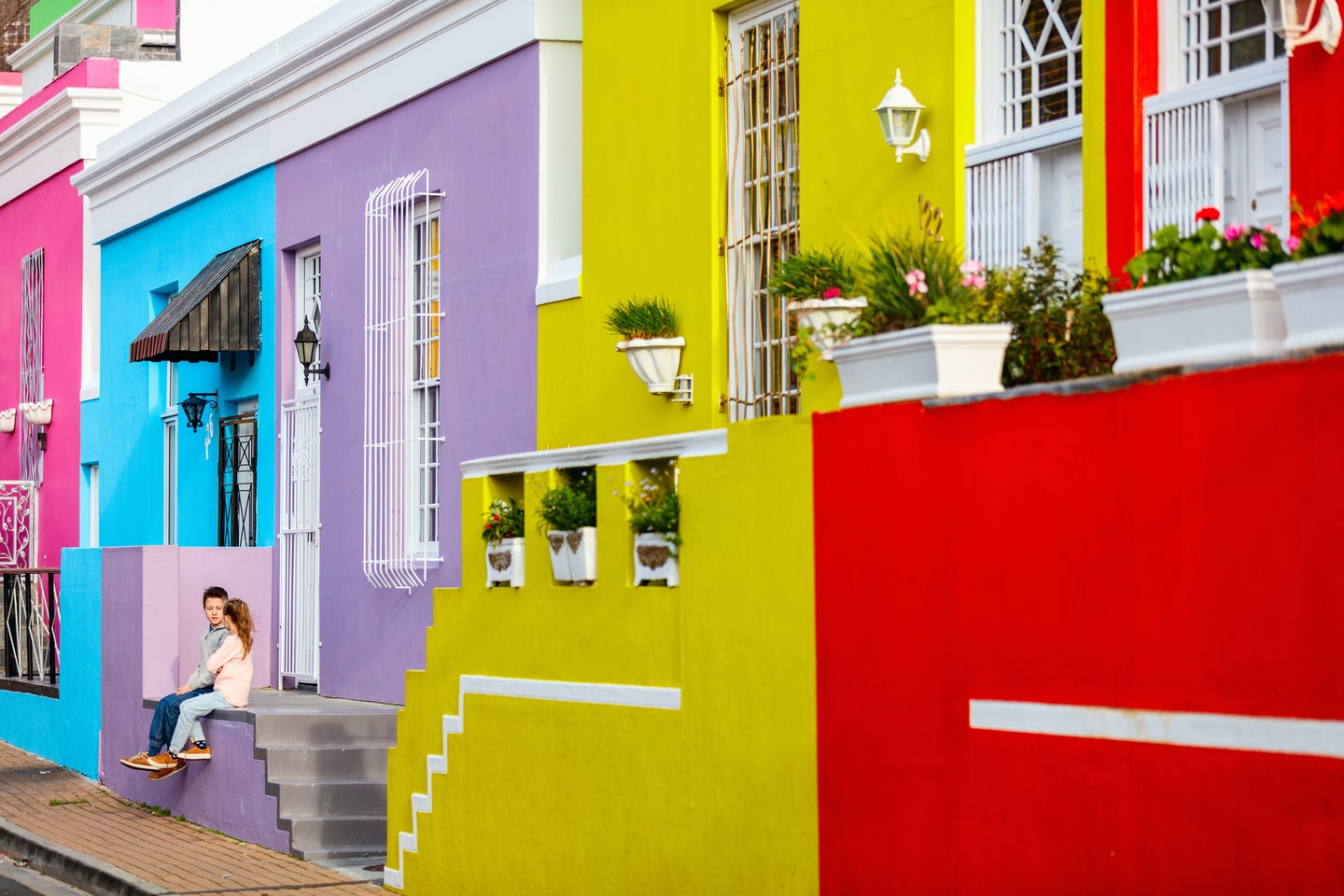 Not long after the Industrial Revolution kicked off in England, Romantic poet William Blake famously lamented a country lost beneath “dark satanic mills.” He’s not always wrong: Today’s cities might include the prefab slabs of Eastern Bloc micro-districts, the drab facades and decrepit lots that dot the US Rust Belt, or an Arctic industrial hellscape like Norilsk—one of the most polluted cities on Earth.

But a modern city can just as easily be filled with verdant gardens or splashes of color: from Jodhpur’s azure to Jaipur’s pink to the rainbows of Bristol in the UK or Cape Town’s Bo-Kaap neighborhood.

It’s perhaps of little surprise that scientists believe vibrant environments can be a physical and psychological boon for their inhabitants. The latest evidence to support that—in a study published Friday in the journal Frontiers in Virtual Reality—comes from, well, VR.

“Virtual reality was used as a proof of concept to demonstrate that colors could be a powerful tool to trigger alertness and pleasure in gray urban cities,” says Yvonne Delevoye-Turrell, a psychologist at the University of Lille in France and one of the paper’s authors, in a statement.

Delevoye-Turrell and colleagues crafted a virtual recreation of their university’s campus: paved paths winding through a cluster of modernist buildings. They created two variants of the campus: one drab and gray, another ornamented with greenery. They beautified some of those paths, in the green world and the gray one, with patterns of multicolored polygons.

Then, the researchers immersed students from their university in each of the variants, sending them on a virtual walk. Normally, walkers might speed through an uninspiring environment, keeping their eyes stuck to the ground, perhaps lost in their thoughts. But if walkers slow their pace, or if they take a look around, it’s a sign that they’ve found something stimulating and interesting.

When test subjects walked along the patterned pathways, their heartbeats accelerated, their walking speed slowed, and the colors drew their gaze. When students walked the green campus as opposed to its gray version, the researchers observed the same influence of the many-colored pixels—but it was even more pronounced.

It’s only one study limited to one sense and one type of environment. The researchers want to expand it. “Odors and sounds could be the next step for VR to truly test the impact of colors on the pleasure of walking,” says Delevoye-Turrell.

This study is but the latest drop in a surge of interest into how architecture and urban design link with the human brain. “Urban designers are hungry for this kind of information,” says Leia Minaker, a public health researcher at the University of Waterloo in Ontario who wasn’t involved with the Lille group’s paper. “They want to do their best work … They want to improve health and equity in their cities.”

Researchers have repeatedly shown that being around vegetation grants boosts to people’s mood and attention. One recent study, published in May, found that children were more interested in and engaged with visually rich building elements, including greenery.

In the past decade, many of those researchers have turned to virtual reality. “VR is used for a variety of different things,” says Adrian Buttazzoni, a doctoral student at the University of Waterloo who was also not involved in the paper.

Researchers can virtually recreate an urban environment: a neighborhood, a park, or, as the Lille group did, a campus. Then, they can track how people navigate and their sensory reactions. In previous research, this data would often come from questionnaires, whose self-reported answers might not be as reliable.

[Related: This VR accessory is designed to make your mouth feel stuff]

Some even believe that VR can help future architects or designers in the planning stage. Perhaps architects might craft a campus or a park in virtual reality, let people walk through it, and judge their reactions.

This kind of research can inspire real-world change, Minaker says. “We’re trying to give people concrete evidence so that they can create policies and guidelines that will help create healthy cities,” she says.

As for the Lille group’s study, it seems to provide more scientific evidence for something that might sound obvious: a touch of color here and some bursts of vegetation there can liven up a city. But as unsurprising as this conclusion may seem, researchers find that it’s not always apparent.

“When you actually talk to people about the built environment around them…and you actually have a conversation about different designs of places they probably walk through every day,” says Buttazzoni, “they’re quite surprised at how little they pay attention to these different places.”

After all, even Norilsk has its share of brightly colored housing blocks.