Vertical farms are finally branching out

By experimenting with more efficient lighting, vertical farmers are also finding that they can sustain new crops. 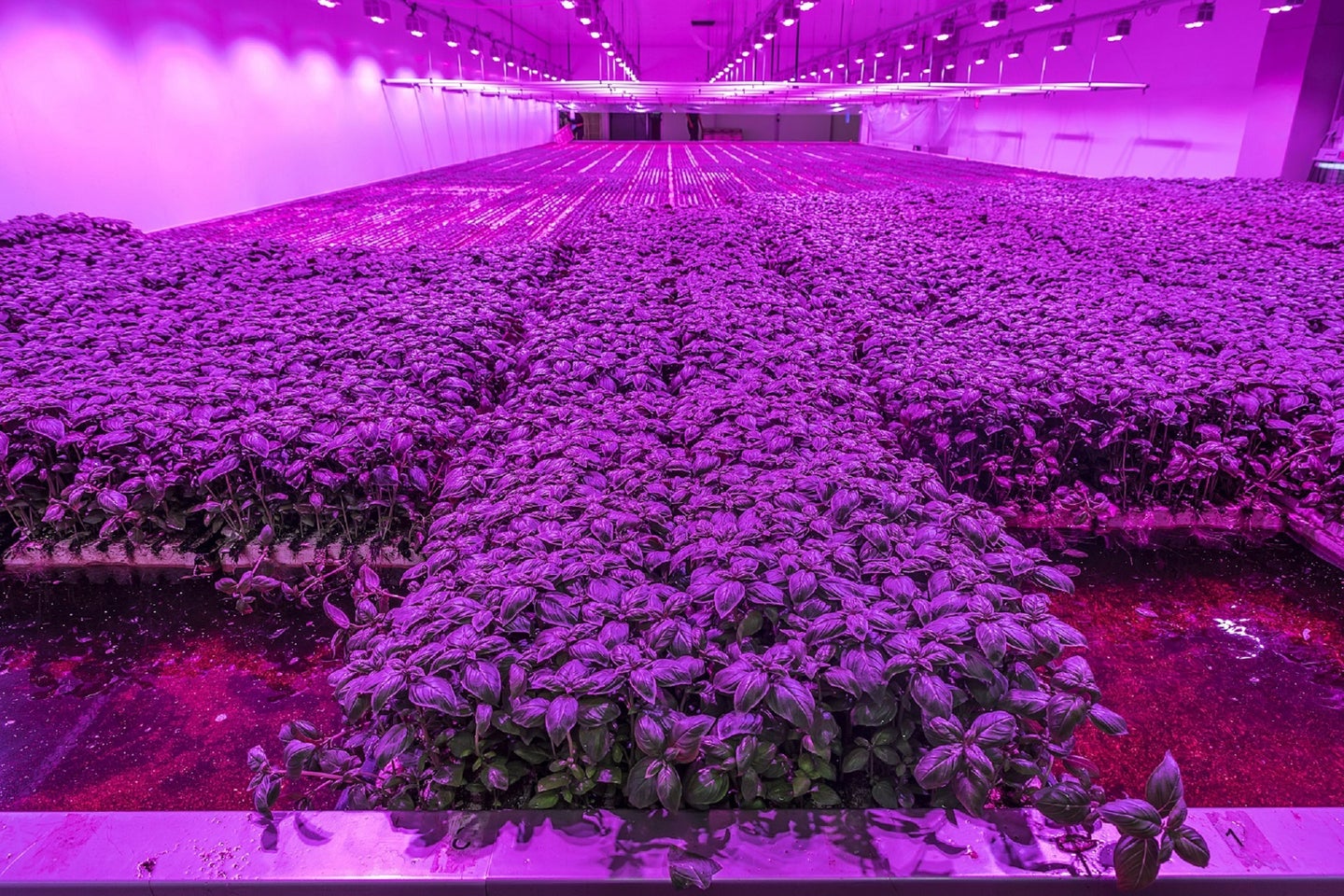 Teake Zuidema is a writer and photographer based in Savannah, Georgia. This story originally featured on Nexus Media News, a nonprofit climate change news service.

On a sunny day last August, Daniel Malechuk opened the door to a 77,000-square-foot warehouse just outside Atlanta.

Inside, under the soft magenta glow of LED lights, grew five varieties of hydroponic lettuce stacked nine levels high. A handful of employees were busy harvesting the greens. Their pace matched Malechuk’s ambition: to grow 10 million heads of lettuce by next spring.

If they succeed, Kalera, the vertical farming company that began operations here in April 2021, will not only have the largest-yield vertical farm in the Southeast, but will also be Georgia’s largest lettuce producer.

“This facility will produce 12 times as much lettuce in one year as the entire state can produce in the same amount of time,” Malechuk enthused. (According to Georgia’s department of agriculture, the state imports more than 99 percent of its lettuce).

These farms, not dependent on specific weather patterns or terrain, can thrive almost anywhere, cutting down transportation costs and associated emissions. And importantly, they operate more cleanly, without producing runoff from fertilizers or pesticides.

According to PitchBook, investors poured nearly $1 billion into indoor farming companies in 2020, more than twice what they invested the year before.

But there’s a catch: indoor farms rely on the artificial light of tens of thousands of LED lights. Add to that the energy needed for climate control, water circulation and other operations, and a farm like Malechuk’s can consume massive amounts of energy.

“The single largest hurdle facing the industry is that it uses a huge amount of electricity,” said Julia Kurnik, director of innovation startups at the World Wildlife Fund. She said vertical farming involves a series of economic and environmental tradeoffs. “It may not make sense everywhere, but if you’re in, say,  the Middle East and you don’t have much land, but you can use renewable [solar] energy to power your farm, this may be a huge boon.” She said the source of the energy is crucial to determining the net environmental impact.

Lowering vertical farms’ energy costs is one of the main goals at Signify, a Dutch LED lighting company, said Udo van Slooten, a business leader in horticulture. “Our goal is to find the most effective way to turn watts into biomass,” he said.

LED systems have become much more efficient since he began working in the field 15 years ago, but additional gains will have to come from improving the entire growing system: optimizing light recipes, spacing and nutrients, and determining which varieties of plants produce the best results.

As the price of renewable energy continues to fall, proponents of vertical farming say it can become a more accessible, greener way to put food on the table.

Malechuk, of Kalera farms, has said making his greens affordable is a top priority and that a head of Kalera lettuce retails for less than $3 in most stores. At the farm, Malechuk picked a sampling of romaine, red oak leaf and signature Kalera Krunch lettuces, fresh off the tower. All were bright and crunchy; the Kalera Krunch was slightly sweet.

“Welcome to the future of agriculture,” he said.