Keep the foam in the tub, kids. 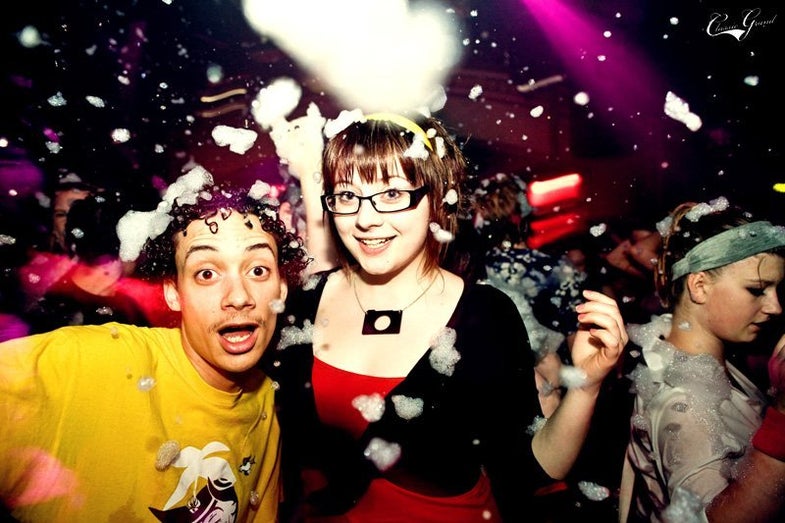 Foam parties, at which you dance in a club amid several feet of soapy bubbles, apparently still exist, which, fine, do what you want to do, kids. But! If you do go to one of these parties, do not rub your eyes, or you could end up with abrasions on your cornea and lack the ability to open your eyes.

A recent foam party in Naples, Florida, resulted in a whopping 56 people checking into the emergency room with eye issues. Some couldn’t open their eyes, some were unable to see properly, some were in extreme pain and discomfort. All had attended the party and reported rubbing their eyes at some point.

The actual content of the foam at foam parties varies; the classic, popularized in Ibiza in the early ’90s, was basically soap, aerated through huge fans on the ceiling. But there’s no real professional product for this, and certainly no regulation, so what exactly is in the foam–and whether it’s potentially harmful–is anyone’s guess.

Rarely, the parties can get even more dangerous; in 2008, two Israelis died after being electrocuted at a foam party. The foam is a naturally excellent conductor of electricity, and clubs are full of electricity, which is not a great combination, when you think about it. Be safe! Foam is for the tub!