An In-Ear Brain Monitor Could Watch For Seizures Discreetly

The hearing-aid sized device could allow researchers to record EEG data over multiple days, even as patients move around. 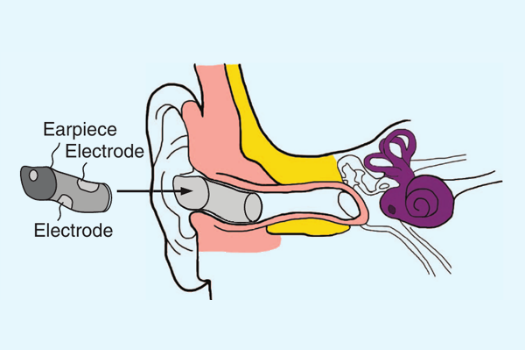 Measuring the brain’s electric signals, a process called electroencephalography (EEG), is a useful way to diagnose seizures and evaluate sleep disorders. Attaching a jumble of electrodes and wires to the scalp, though, is messy, time-consuming and requires a patient to sit still in a lab, so researchers are limited to recording data over a period of only a few hours. 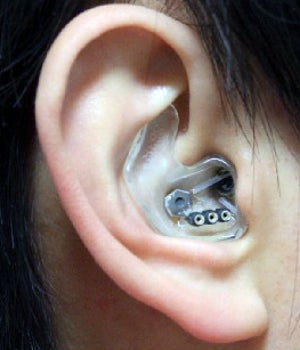 Engineers from Imperial College London hope to give EEG recording a little more flexibility with a device designed to be worn nestled in the outer ear like a hearing aid. It three electrodes record data from within the ear canal, a technique its creators say performs on par with a traditional scalp EEG, but can be used to conveniently record activity over a longer period of time.

The device is limited by the fact that it’s best at recording activity from the region it’s attached to, the temporal lobe, but an ear-based EEG has other advantages. Having a device that fits right in the ear makes it easier to keep the electrodes in the same spot for accurate readings, and reduces the signal noise created by body movement. The wearer can still hear through it, making it an inconspicuous way to monitor the brain activity of people with recurring issues like daily seizures or microsleeps.