Should Math Really Be A Required Subject?

The novelist Nicholson Baker makes a case against algebra 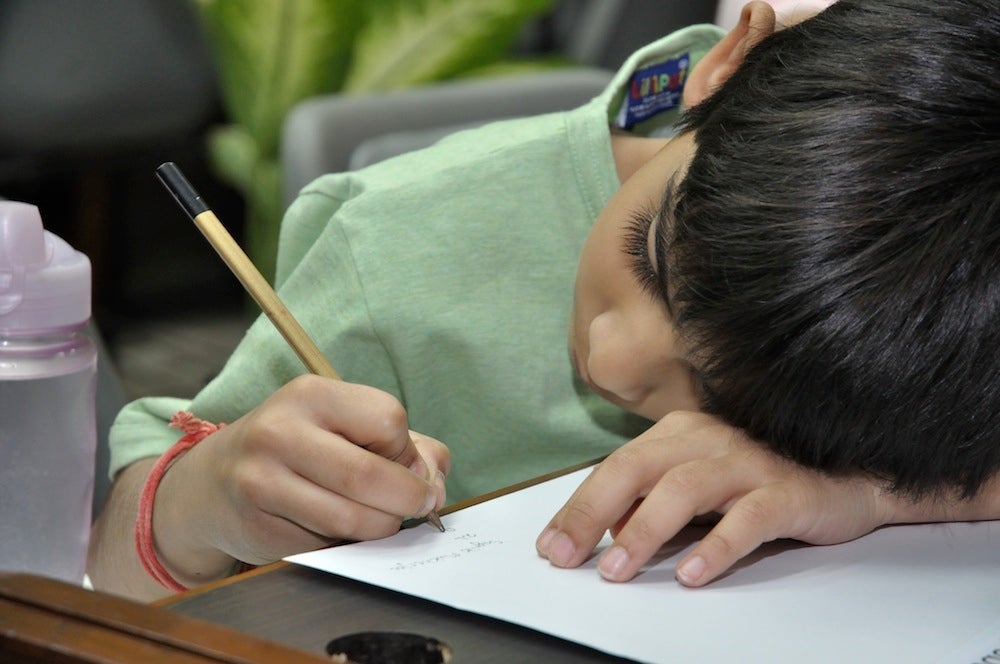 Baker isn’t the first to suggest we turn the much-maligned subject into an academic elective, in order to put those who struggle endlessly with math out of unnecessary misery. Last summer, a New York Times op-ed by Andrew Hacker made much the same point: The myriad roadblocks in our educational system that can only be surpassed by proving competent in algebra and upper level math–like high school exit exams and college applications, even for future arts majors–set up the non math-minded to fail, and often, to drop out of school altogether, he posits.

Many of today’s math requirements are relics of the Cold War.If we would just do away with upper-level math requirements in high school, the high school dropout rate would decline, both writers argue, as many educators say algebra is the major academic reason for dropping out. As Baker puts it: “Show your work, or you fail. FML!”

So why are we so into algebra? Baker points out that many of today’s math requirements are relics of the Cold War. In 1950, only 25 percent of students in the U.S. were taking algebra. The Soviet Union, by contrast, was churning out mathematicians, partially because compared to lab sciences, teaching math is cheap–pen and paper are the only required materials. And so, seeing the influx of young mathematicians in Russia, Congress passed 1958’s National Defense Education Act, re-upping the American math curriculum requirements, and, in turn, creating a lot of unhappy students who, as they struggle through required math course after required math course, become discouraged and learn to hate school.

As someone who, despite being kind of generally pretty good at math, loathed Algebra II, I’m a bit inclined to agree with Hacker’s and Baker’s views. Algebra II was a disorienting, stressful experience. As only a fair-weather appreciator of the mathematical arts, I remember that year as one of the darkest periods of my high school career. And man, does Baker get to the heart of that feeling:

Algebra 2 Common Core is, in other words, a typical, old-fashioned algebra textbooks. It’s a highly efficient engineer for the creation of math rage: a dead scrap of repellant terminology, a collection of spiky, decontextualized, multistep mathematical black-box techniques that you must practice over and over and get by heart in order to be ready to do something interesting later on, when the time comes.

Right now, Baker and Hacker are on the losing side of federal education requirements, though. “Arne Duncan, the U.S. secretary of education, wants everyone working their asymptotes off,” as Baker writes. “Algebra II, he believes, is the mystic portal to prosperity.” As Duncan pointed out in a speech in 2011, high school students who finish Algebra II are twice as likely to earn a college degree. Of course, colleges require applicants to have passed Algebra II for admission, so Duncan may need a lesson in causation vs. correlation.

Algebra II is the mystic portal to prosperity.Some math teachers are even against higher math for the masses. “The vast majority of the human race, and the vast majority of the college-educated human race never need any mathematics beyond arithmetic to survive successfully,” Baker quotes number theorist Underwood Dudley as writing in a 1987 issue of The American Mathematical Monthly.

Cornell University mathematician Steven Strogatz told Baker it alarmed him to see a large portion of students not just not learning in math classes, but actively suffering.

We need less math for the average kid, Strogatz said, but more meaningful math. ‘We spend a lot of time avalanching students with the answers to things that they wouldn’t think of asking.’

Baker’s solution to the problem is this:

We should, I think, create a new, one-year teaser course for ninth graders, which would briefly cover a few techniques of algebraic manipulation, some mind stretching geometric proofs, some nifty things about parabolas and conic sections, and even perhaps a soft-core hint of the infinitesimal, change-explaining powers of calculus…Take students to see the mathematical sequoia, tell them how great it is, but don’t force them to climb it until their arms go numb and they fall.

If math were an elective, “American science and technology would be unharmed, and a lot of poisonous math hatred would go away instantly. Kids don’t hate smelting, or farming, or knitting, or highway design, or portrait painting, or neurology, or juggling rubber balls, or sonnet-writing, because they don’t have to take three years of instruction in any of these arts,” he writes. So, math is like juggling, and should be reserved for that one weird enthusiastic kid in the class. And the rest of us could be spared the effort of trying to find an equation for tears shed per problem.

*As Nicholson Baker points out below, this is something of an overstatement. He doesn’t really_ hate math, he’s just not a fan of required algebra courses. See his comment below for his additional reading suggestions._