It's so hard to say goodbye to yesterday. 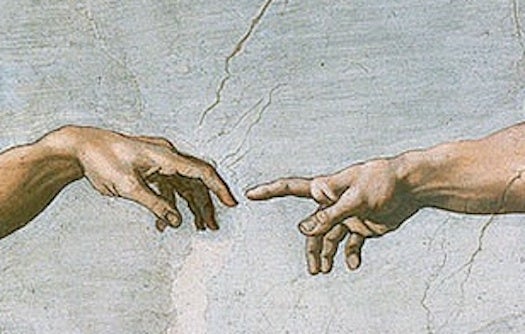 Louisiana may soon repeal an act, put in place in 1981, that required public schools to teach creationism alongside evolution. But it’s not as if the act has necessarily been in, uh, action since then. A few years after its passage, the Balanced Treatment for Creation-Science and Evolution-Science Act underwent several legal challenges. In 1987, it went to the Supreme Court, which ruled it unconstitutional because it “endorses religion by advancing the religious belief that a supernatural being created humankind.”

Edwards v. Aguillard was a major trial in the history of creationism in American schools. It received national attention and altered the tactics of those who sought to teach creationism in schools afterward. Now, of course, an entire generation has gone by. New Orleans’ The Times-Picayune describes the bill to appeal the “Balanced Treatment” Act as “one of many brought this year seeking to strike unconstitutional, and therefore unenforceable, laws from Louisiana’s books.”

Louisiana’s Senate Education Committee approved the bill this week. One senator Mike Walsworth, a Republican for West Monroe, dissented. The rest of the committee overrode Walsworth, and now the bill will go to the full state senate.

Should the bill pass, we can see only one drawback. It will strike from Louisiana’s books a really amazingly-worded law. We kind of love how the act talks about “creation-science,” “evolution-science,” and protecting the rights of any teacher who may choose to be a “creation-scientist.” Advocacy aimed at teaching creationism in schools were never quite the same after Edwards v. Aguillard. Activists switched to subtler terms, such as “intelligent design.” (Barbara Forrest, a professor of philosophy at Southeastern Louisiana University, described the switchover as an expert witness for a 2005 creationism-in-schools trial.)

Meanwhile, Louisiana continues to debate how it teaches science to kids. Last year, the state senate spent hours deciding on a bill to repeal the Louisiana Science Education Act. The 2008 act “promotes critical thinking skills, logical analysis, and open and objective discussion of scientific theories being studied including, but not limited to, evolution, the origins of life, global warming, and human cloning.” (See? It’s already not as fun to read as the “Balanced Treatment” Act.) Critics say the Louisiana Science Education Act leaves the door open for creationism in schools. Supporters say that hasn’t happened and isn’t an important danger of the act. The bill was killed in committee.