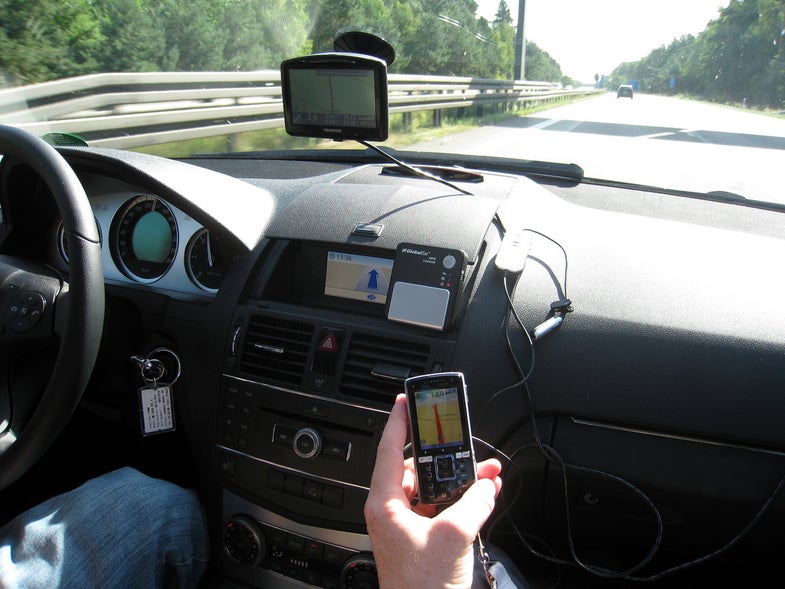 With connectivity and smarter planning, intelligent cars promise to cut congestion, make roads safer and generally improve the whole experience of getting behind the wheel. But nobody said it was all altruistic.

IBM has apparently patented a couple ideas for earning fees by monitoring driver activity. One plan would encourage drivers to take different routes that bring them past certain retail establishments — if, that is, the retail establishments want to pay for it. And another plan discusses charging bad drivers a toll for behavior like tailgating.

IBM’s Smarter Traffic division has a few research programs devoted to planning driving routes depending on congestion and other factors. One such app, which we discussed this summer, uses GPS to monitor a driver’s habits and road sensors to check traffic, and recommends the best route. But this patent application suggests that someday, it may not actually be the best route for you, unless you’re actually craving Starbucks when your car just happens to reroute you past one.

The system would work by collecting fees from retailers, which would then be used to assign a preferential weight for certain way points along a given route. IBM software would figure out a new route that incorporates that way point, and present it to the driver as the “recommended route.” This sub-optimal route couldn’t be too inconvenient — the patent application discusses limiting how far out of the way a recommended route could go — but it might not be the most direct route, nor the fastest. If the driver does actually take the fee-inspired route, then IBM could levy an additional fee for this successful misdirection.

As of Tuesday morning, IBM had not responded to a request to discuss the patent application. A reader at Slashdot noticed the application Monday. It was filed nearly two years ago, but became public earlier this year.

Another application filed by the same team, which includes IBM inventors in Colorado, Michigan, New York and Virginia, also involves fees depending on driver behavior, but this time for drivers themselves, not retailers. It would use proximity sensors to determine the distance between your car and another, and it would monitor how many times you get too close, accounting for things like gridlock. It would also monitor your braking and acceleration habits and average speed. The system could even retrieve your driving history, and use all this data to calculate whether to charge you a toll for your driving behavior. Good drivers could get a rebate.

Of course, these are just ideas at this point. Programs that could do all of this would require the cooperation of many companies beyond IBM, from GPS device makers to the automakers themselves, so they’re likely a long way from reality. But it’s an interesting reminder that increasingly intelligent cars could have some drawbacks as well as benefits.