Because there are enough already, thanks. 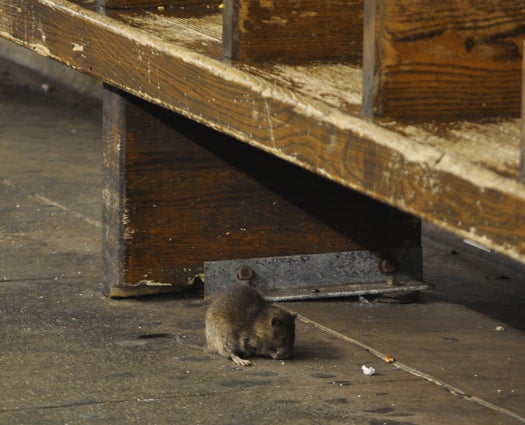 The rats of NYC subways are resilient. The city is an especially well-suited home for the critters, which explains why the Big Apple has millions of them, even if some were displaced from the subway after Sandy. The latest plan to stem the tide? Sterilize them.

Traditional methods like trapping and poisoning are already being used, but there are a lot of rats down there, and this could potentially slow the population in a more humane way. A sweet-salty, sterilizing chemical called Contrapest will be placed in subway bait boxes. When a female rat ingests some, it’ll target the ovarian follicles, permanently sterilizing it. If it’s already pregnant, some of its female children will even become sterile. Along with those more traditional techniques, Metro Transit Authority officials are hoping this puts a dent in the rodent population.

Still, it sounds like it takes a lot of the compound, developed by a company called SenesTech, to effectively sterilize the rats: one of them needs to consume 10 percent of its body weight in five to 10 days to make it infertile. And there’s a lot of discarded food around the subway to compete with.