Charlier recently analyzed Richard the Lionheart's heart and an anonymous 13th-century cadaver, saying of the latter that it "was smoked, like salmon or like pork." Nom? 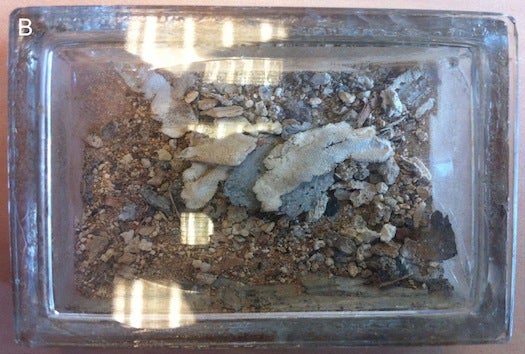 The 13th-century cadaver, says Philippe Charlier, actually smells good. That’s because its veins have been filled with a mixture of mercury and beeswax, preserving the body. “Also it was smoked, like salmon or like pork,” he says. So even after 800 years, it’s in pretty good shape.

Charlier is a physician and forensic scientist at the University Hospital Richard Poincaré in France. He spends most of his time performing modern autopsies there, but he has also made a name for himself in France analyzing the bodies—and body parts—of European historical figures. He’s examined the head of Henry IV, the hair and bones of French noblewoman Diane de Poitiers, and bone fragments, accepted by the Roman Catholic Church as relics of Joan of Arc, that Charlier showed were faked.

Most recently, Charlier has analyzed an autopsied medieval cadaver, to learn about autopsy during the time period. He’s also analyzed the powdered remains of Richard the Lionheart’s heart, which was embalmed separately from the rest of his body and kept in the church of Notre Dame in Rouen, France.

“I’m a historian of medicine,” Charlier says, but adds that his main aim is to develop autopsy techniques. He trains his techniques on historical cadavers because, he says, “it’s more, I think, complex and more interesting” than modern cadavers donated to science. 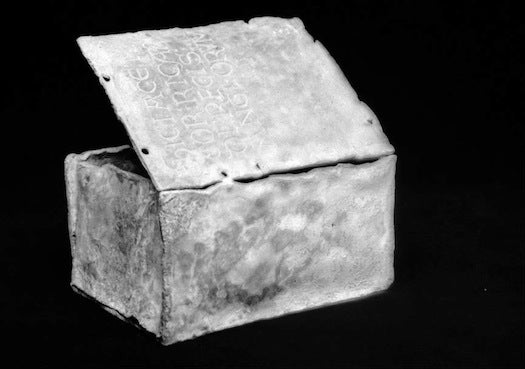 Charlier is something of a celebrity in France, where reporters sometimes call him the “Indiana Jones of the graveyards.” He popularizes his field through books, radio and television. In a New York Times profile, he said he got interested in historical bodies after taking part in a 5th- to 8th-century archeological dig as a child. Over the past several years, he’s led forensic tests of famous and ordinary people throughout European history.

Richard’s heart was embalmed with myrtle, daisy, mint and frankincense.

His latest project is one his most high-profile. King Richard I of England joined the Third Crusade and earned his leonine nickname for his courage in battle. He died from battle wounds in 1199, after failing to wear protective chain mail. As was common practice for VIPs during the time, his body parts were divided and laid to rest in three different places.

Charlier sampled two grams of the heart, which by now is a brownish-white powder. Using microscopic, toxicologic and pollen analysis, he found that the organ was embalmed with myrtle, daisy, mint and frankincense. Historians on his team think that the herbs’ lovely fragrance (not detectable in two-gram amounts, Charlier says) and biblical significance were supposed to help Richard I move from purgatory to heaven. Why the stop in purgatory? Some of Richard I’s contemporaries were concerned about his violent anti-Semitic and anti-Islamic views. After his death, a bishop of Rochester declared he would spend 33 years in purgatory. Charlier and his colleagues published their findings on Richard the Lionheart in the journal Scientific Reports.

The cadaver, actually just a head and torso, comes from the 13th century. The fact that it had been dissected at all shows that Christian Europe wasn’t systematically opposed to autopsies, Charlier and his colleagues wrote in a paper they’ll publish in the journal Archives of Medical Science.

The cadaver’s veins were filled with mercury and beeswax dyed with vegetable oils, not only to preserve the body, but also to show the vascular system. “It’s a red, intense color and it helps a lot for viewing directly from the outside,” Charlier says. “Using this in the 13th century is something really original, really unique.” The next known such visualization of the vascular system was performed in the 17th century, by English physician William Harvey.

When I first asked Charlier if the heart powder and the cadaver smelled funny, he misunderstood me and thought I was asking in general if it was funny to study medieval body parts.

“It is not funny for us,” he says. “Such cases are very important for me and my group.” He and his lab’s members develop people’s understanding of how medicine was practiced in the past—which was, after all, stranger than those in the white coats now might lead you to believe.