Will a drug already popular among athletes suddenly become a hit with the couch potato crowd? We hope not. 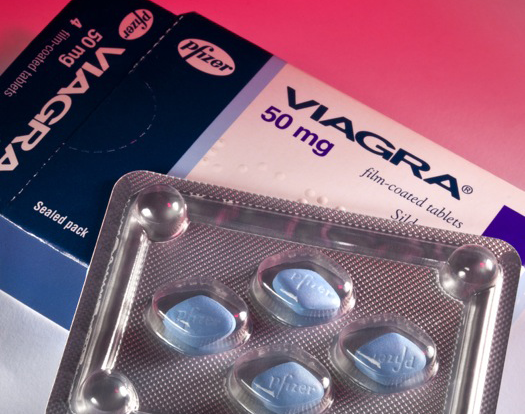 We’ve heard about athletes using Viagra to gain a (modest/debatable) competitive edge. Now, researchers are reporting another potential perk of the little blue pill, one that might appeal to people on the other end of the physical spectrum: the drug may help burn away excess fat.

The key to the drug’s fat-burning potential lies in its apparent ability to help convert one kind of fat–“white adipose tissue,” the kind most people have in abundance–to another kind, called “brown adipose tissue.” The difference is described nicely in a blog post by biologist Jalees Rehman:

Brown fat cells are packed with many small fat droplets and mitochondria, which is why they appear “brown” under the microscope. Their mitochondria contain high levels of the protein UCP-1 (uncoupling protein 1), which “uncouples” fat metabolism from the generation of chemical energy molecules (ATP) for the cell. Instead, brown fat cells release the energy contained in the fat in the form of heat. This explains why brown fat is primarily found in hibernating animals or in newborns that need to generate heat.

In the new study, scientists administered Viagra to mice and monitored the levels of UCP-1 in the rodents’ fat. Over the course of a week, they found, levels of UCP-1 increased dramatically, and the formerly white fat began turning beige.

In his blog post, Rehman–who was not involved with the study–goes on to say that scientists have been trying lots of methods for “browning” fat, with the aim of combating obesity. But, he warns, “overweight people should not expect that “Super-Size” orders at their favorite fast food joint will come with a Viagra pill.” The science is young, and doctors don’t even know yet if brown fat is really healthier than white fat.

What I’d like to know is whether this fat browning technique could someday be used to warm up people who are perpetually cold–people who may, in fact, be wearing their winter jacket indoors while typing this post. People whose hands–according to a co-worker’s thermal scanner–are currently 76 degrees. I never thought I would ask this question, but here it is: Could Viagra cure me of Raynaud’s?