5 Creatures That Could Actually Be Helped By A Warming World

Some animals and plants stand to gain plenty. 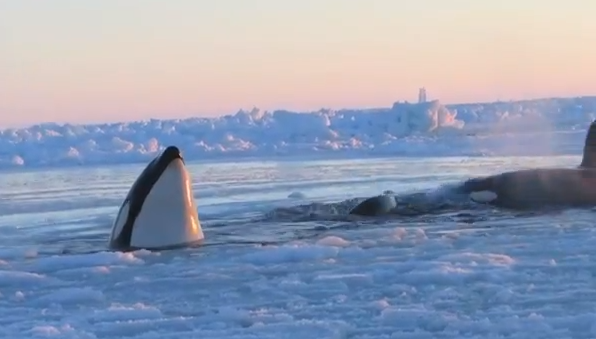 For most people, animals and plants, a warming planet is generally a bad thing, bringing dramatic climate shifts and changes in ecosystems. But not everyone will suffer. A few species stand to gain a lot, actually. Like, for example, those poor killer whales trapped in Canada.

Caught by surprise as the mercury fell, a pod of about 12 orcas spent two days bobbing up and down in a truck-sized breathing hole through thick sea ice, with no way out. The whales were way too far inland and north of where they should be this time of year, trolling the waters outside of Inukjuak, Quebec, in Hudson Bay. Dramatically warmer Arctic waters from this summer are one reason why, according to Canadian environmental officials. Climate change has reduced sea ice cover in Hudson Bay, which enables orcas to spend more time there feeding. Then the temperatures shifted and sea ice started to form, boxing the whales in.

The orcas drew worldwide fascination and calls for help, but Canadian environmental officials said they had no available icebreaker to cut a path to the sea. But a changing climate gives and takes. Wind and currents seem to have shifted in the past day, breaking up large chunks of sea ice and freeing the whales, according to various Canadian news reports. See? Some animals will benefit from warmer seas. Polar bears’ plight is sad, but there’s always a silver lining.

This led us to wonder which other animals could stand to gain from global warming. Click through to the gallery for a few examples. 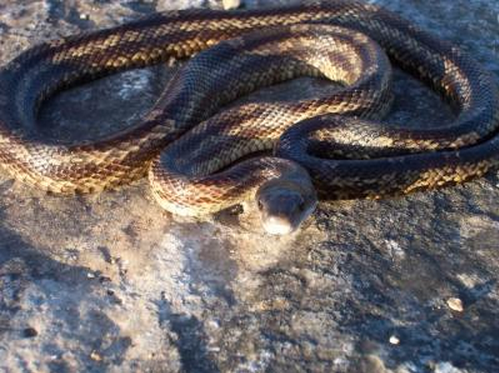 Snakes And Other Cold-Blooded Reptiles

This is a Texas ratsnake, which researchers say could benefit greatly from climate change. Snakes, which use their environment to regulate their body temperature, will be able to adapt by becoming more active at night. University of Illinois researcher Patrick Weatherhead and his students studied ratsnakes in Illinois, Ontario and Texas to observe how they behaved and how they fed. Sometimes it’s so hot in Texas that the animals forage at night instead of during the day, which they could do elsewhere, too, once it warms up. Weatherhead found ratsnakes in Canada, Illinois, and Texas would all benefit from global warming. “It would actually make the environment thermally better for them,” he said. 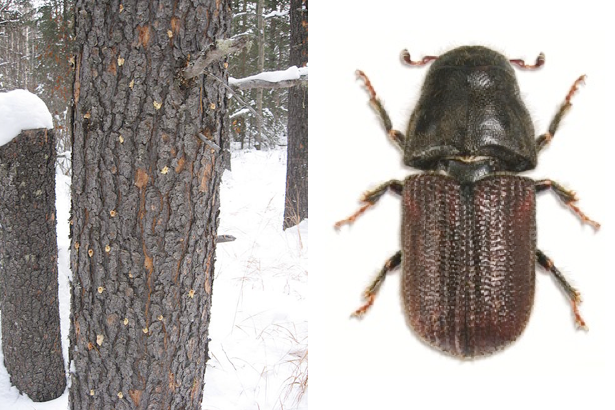 With warmer than usual winters throughout the western U.S. and Canada, more mountain pine beetles are surviving the cold–so much so that they’re even producing two generations of offspring per year now. This doesn’t even come close to doubling the population rate–it’s an exponential increase, according to researchers from the University of Montana and University of Colorado, who published research about the double-breeding season last spring. Each beetle lays 60 eggs, nearly all of which survive and go on to lay their own eggs later in the summer. That means there are 3,600 more beetles. Normally, many beetles perish over the winter nights, but it isn’t as cold anymore. It’s bad news for lodgepole pines, their primary source of food–the number of trees killed in the last 10 years is 10 times that of any previous epidemic in history. But it means a lot more beetles will live. 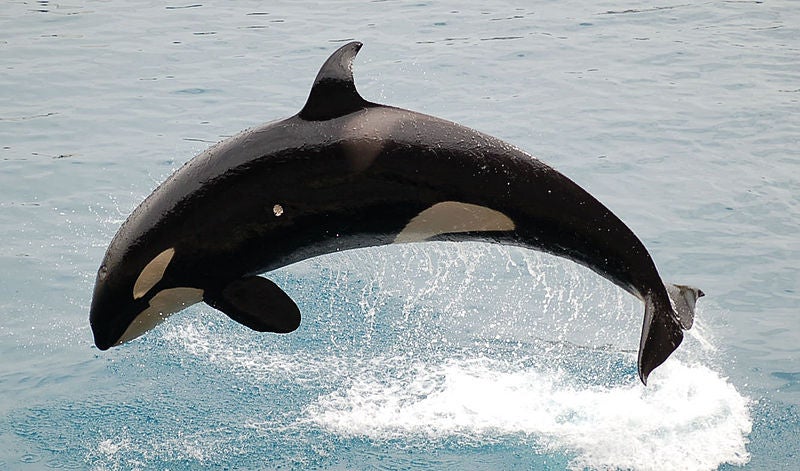 Aside from being trapped in, and then freed from, encroaching sea ice, warmer waters will allow animals like killer whales to spend more time hunting in prey-rich areas that typically would freeze over. The whales may not have to move as far south for the winter, spending longer months feasting on seals and other animals. Sharks could benefit, too. The Australian gray nurse shark, a critically endangered species, could extend its range in warmer waters. The continent has two distinct populations of nurse sharks, which scientists think have been isolated for 100,000 years. Colder water in south Australia prevents them from meeting up–but if it gets warmer, they could reunite, according to Australian researchers. 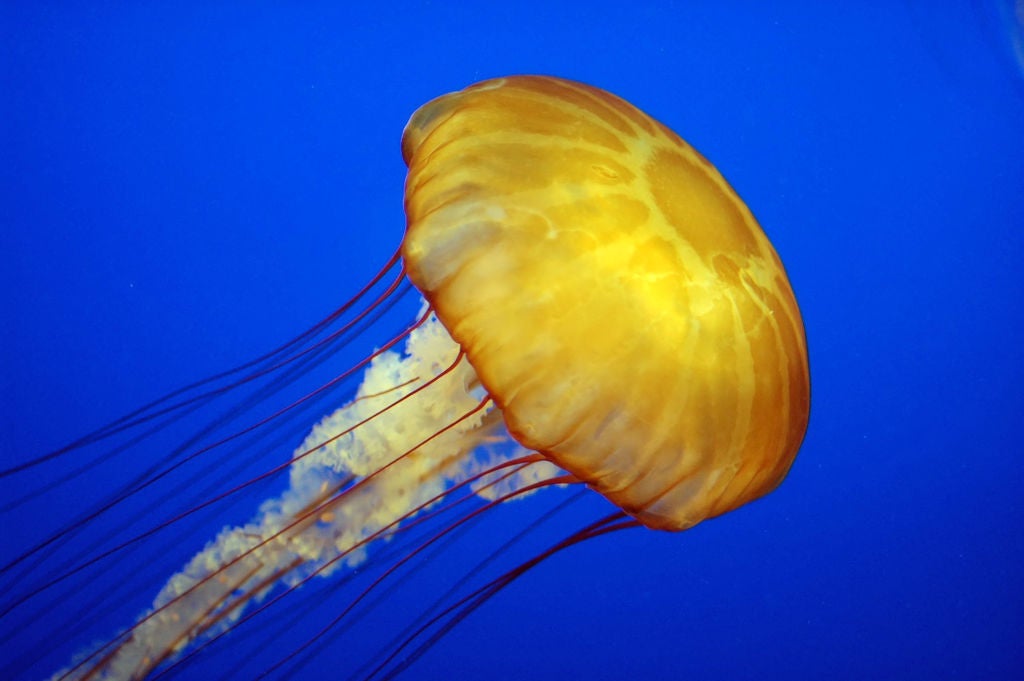 This bulbous creature is the one most commonly referenced when you hear about climate change winners. It’s because warmer and more acidic oceans will make it more difficult for countless species to form their calcium skeletons, leading to dramatic population declines. Jellies, which don’t have to worry about calcium carbonate availability, will move in to take their places. Other sea creatures could benefit, too, including at least one type of starfish. A 2009 study showed one echinoderm saw a major growth spurt after it was exposed to acidic and warm water. 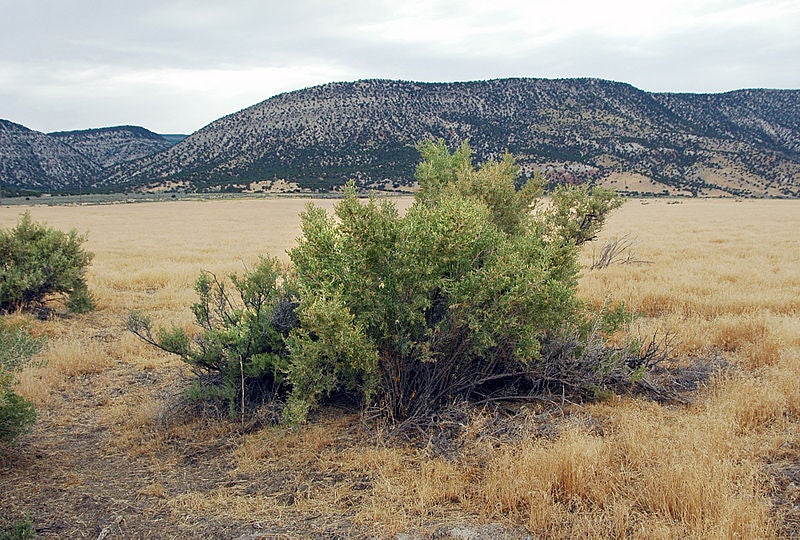 The plant in the center of this image is in its native habitat–it’s a Greasewood shrub, Sarcobatus vermiculatus, and is native to the western United States. But it’s surrounded on all sides by an invasive species introduced to America by accident. The brown grass known as Bromus tectorum, or downy brome, is so bothersome it’s usually called cheatgrass. Invasive plants are a problem in ecosystems because they are highly competitive, stripping nutrients and water from the plants that originally evolved to live in a given area. They also contribute fuel to wildfire, in which cheatgrass is especially problematic. Changes in climate will make it more difficult for native plants to survive, and create new niches for invaders that could dramatically change landscapes.