Why Do Children Think Covering Their Eyes Makes Them Invisible?

Young children nearly universally seem to think that closing or covering their eyes makes them invisible to others. Cambridge researchers are finding out why. 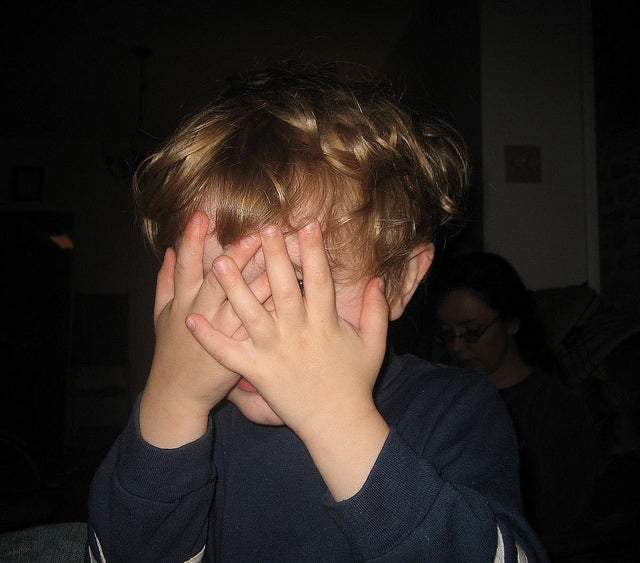 Anyone who has ever engaged in a round of peekaboo with a child has witnessed an adorable yet somewhat illogical behavior that is nearly universally shared among children: the attempt to hide from view by simply closing their eyes. This is cute and all, but it’s also baffling. Why do children think they can render themselves invisible? And why have nearly all young children come to this same irrational conclusion?

Researchers at the University of Cambridge have turned their attentions to this mystery by performing a variety of simple tests on groups of 3 and 4-year-old children. The researchers first placed the children in eye masks and asked them whether they could be seen by the researchers, as well as whether the researchers could see other adults if those adults were wearing eye masks. Nearly all the children felt that they were obscured from view as long as their eyes were masked, and most of them also thought the eye masks shielded the adults from view as well.

Next, they questioned a second group of children wearing one of two different sets of goggles. The first set of goggles were blacked out completely. The second set were one-way-mirrored, meaning the children’s eyes were obscured from view but the children could see out of the goggles. This exercise may have suffered somewhat from faulty experiment design, as most of the children wearing the mirrored goggles didn’t properly grasp the idea that while they could see out of the goggles, their own eyes were obscured from view. But of those who did get it all thought they were hidden from view regardless of whether they were wearing blacked out goggles or the mirrored pair.

None of this makes a ton of sense really, but keep in mind that these are children. They eat snot sometimes. And however nonsensical it may seem to us brilliant adults, at least they are being consistent. When their eyes are covered up, they feel invisible. But there’s a twist here. When pressed on exactly what their invisibility meant, the children in both of the aforementioned phases of the study admitted that, okay, their bodies were still visible when their eyes were covered. It was their “self” that was hidden, or at least that is the implication; children seem to draw a distinction between body and “self” and the self seems to be universally described as living in the eyes in some sense–unless the eyes of two people meet, they cannot actually perceive each other.

In yet another study this conclusion seems to be borne out. The researchers looked directly at the child subjects while the children averted their eyes. Then they did it the other way around, with child looking on and researcher averting their gazes. In both instances, the children largely felt they were not being seen as long as the eyes didn’t meet.

Which is crazy, children, but whatever. At least now you know why your toddler won’t look at you when you’re delivering a scolding. The look-away is the perfect getaway.