We Are All Born Scientists, Study Finds

Toddlers learn by testing hypotheses and analyzing evidence, just like scientists are trained to do. 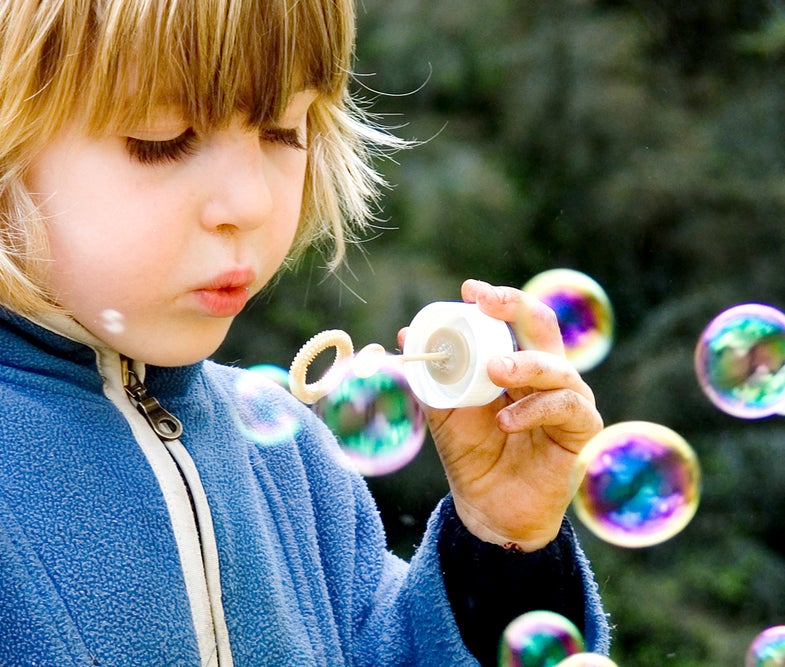 Young kids think and learn about their surroundings much the way that scientists think and learn in advanced experiments, a new study says. They form hypotheses, test them, analyze their findings and learn from their actions and the actions of others — all in child’s play.

A growing body of evidence about this style of learning shows yet again that early childhood education is crucial — but it also shows making preschool more academic could actually be detrimental, according to scientists at the University of California, Berkeley.

Kids learn using probabilistic models, approaching the world through patterns and using those patterns to make predictions. This can lead to drastic reformulations of a worldview — just like scientific experiments can, according to Alison Gopnik, a professor of psychology and philosophy at Cal and lead author of the new study. For instance, she had kids play with an electronic setup that lights up and plays music, if certain pieces are arranged in a certain way. The kids will try different combinations and arrangements, learning what works and what doesn’t, and change their approaches based on that evidence.

“Everyday playing is a kind of experimentation — it’s a way of experimenting with the world, getting data the way that scientists do and then using that data to draw new conclusions,” Gopnik said.

These findings are based on new research methods and mathematical models that are helping scientists study the way children learn. The kid-as-scientist theory is not as obvious as you might think, especially given the way lesson plans are formulated today. Children, especially at preschool age, should not necessarily get flash cards or strict lessons — they should be encouraged to examine cause and effect by playing with things and seeing how they work, Gopnik says. The research was supported by the National Science Foundation and published in Science on Friday.