We unearth the latest research that definitely, positively proves what you knew alreadyâ€”and tell you why it matters 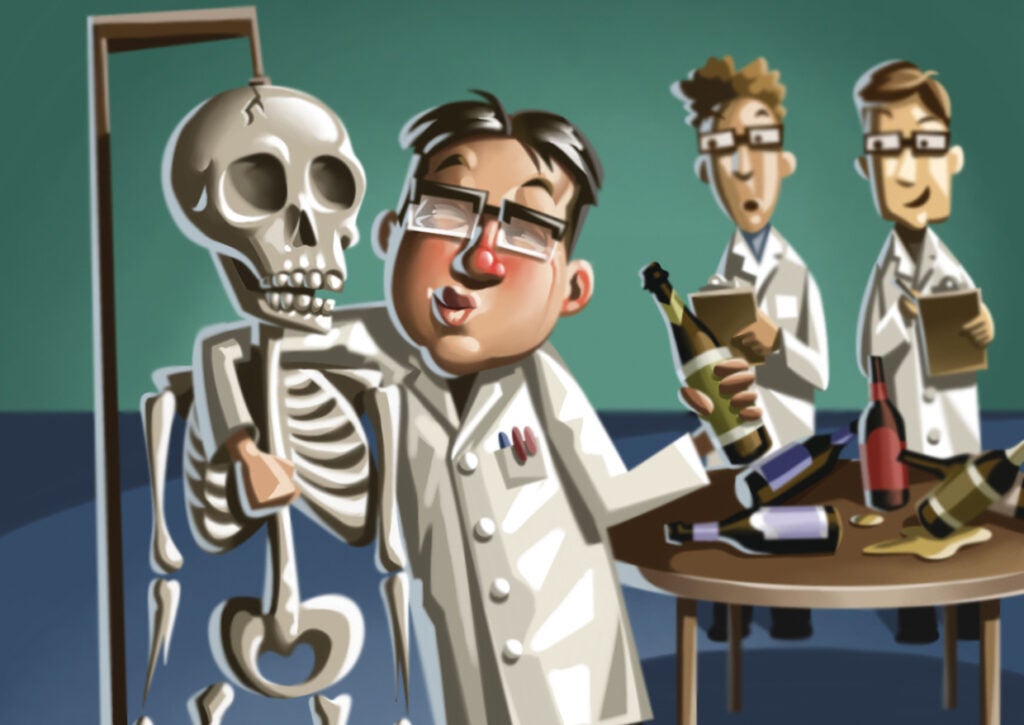 News flash! Scientists prove that swallowing magnets is bad for you. Stop the presses! Smoking hurts wealth as well as health. Eureka! Faraway objects can be hard to see.

Every year, serious scientists undertake detailed, rigorous studies to prove things that seem-well, painfully obvious. Why bother? We reviewed scores of unshocking discoveries and asked the researchers who conducted the work to explain their motivations. Two main themes emerged. First, scientists don’t assume how the world works; they test it. Common knowledge once held that meat spontaneously generated maggots. Then, in 1668, Italian physician Francesco Redi devised a set of investigative steps-what we now call an experiment-to prove wrong what everybody thought they knew.

Aside from testing untested observations, the other good reason to undertake no-duh studies, investigators told us, is that hard numbers often inspire social change. Simply put, scientists must quantify to justify.

And so we present 10 of the most apparently self-evident studies of recent years, along with a renewed appreciation for the cornerstone of all fact, obvious or not: scientific inquiry.

1. Combining Drugs and Alcohol is Bad For You

The Study: “Differential effects of cocaine and cocaine + alcohol on neurocognitive performance,” Neurology, June 2000
The Findings: Funded by the National Institute on Drug Abuse, neuropsychologist Karen Bolla of Johns Hopkins University measured the performance of 56 cocaine and alcohol abusers on a battery of cognitive tests, gauging concentration, verbal memory and other tasks. Her team found that two drugs are indeed worse than one, because they affect different brain functions.

Why Bother? “You could say that this is a “no-brainer’ sort of study,” Bolla admits. Still, she says, little science actually exists on how various drug cocktails affect the brain. “This research could improve the ways we treat addiction.”

The Study: “Is an armed society a polite society? Guns and road rage,” Accident Analysis and Prevention, Jan. 2006
The Findings: After cold-calling 2,459 American adults with an anonymous questionnaire, researchers from the Harvard Injury Control Research Center discovered that directing “indecent” gestures at other motorists was significantly more common among suburbanites, binge drinkers, Northeasterners, those who think most people can’t be trusted and, yes, those who admitted that they keep guns in their vehicles.
Why Bother? The paper says it best: “If someone is giving you the finger, it may be useful to have some sense of whether or not they have a gun.” Co-author Mary Vriniotis adds that states have recently loosened laws allowing motorists to drive while packing heat. The implication is that if lethal weapons are more readily
accessible, hostile driving incidents could turn ugly more often. Knowing which populations are prone to road rage could help policymakers devise awareness campaigns or other strategies to help curb its frequency.

3. Too Many Meetings Make You Grumpy
The Study: “The relationship between meeting load and . . . well-being of employees,” Group Dynamics, March 2005
The Findings: Ever get the feeling that you’d get more work done if you weren’t constantly attending meetings to discuss all the work to be done? Two social scientists from the universities of Minnesota and North Carolina hypothesized that meetings are analogous to “hassles,” defined in stress-research literature as “annoying episodes in which daily tasks become more difficult or demanding than anticipated.” The psychologists analyzed diary entries from 37 meeting-prone midlevel university workers over one week. They found that days chock-full of meetings left employees feeling stressed, exhausted and burned out.

Why Bother? Employers take heed: Since beleaguered workers may perform poorly, be tardy, or quit, the authors suggest that “organizations be sensitive to the number of meetings employees are required to attend.” Managers could create “formal guidelines”
for meeting necessity (presumably not drafted at a meeting).

4. Faraway Objects Are Tougher to See

The Study: “Why is it easier to see someone close than far away?”_ Psychonomic Bulletin & Review_, Feb. 2005

The Findings: To clearly explain the relationship between blurriness and distance, University of Washington psychologist Geoffrey Loftus showed 24 student volunteers fuzzy images of George W. Bush, Julia Roberts and other famous faces. Then Loftus manipulated the size and clarity of the images and noted at what distance participants recognized them. “We found that blurring the [image] is an appropriate way of simulating details you’ll lose by standing far away and by how much,” he concludes.

Why Bother? “I like to quantify things,” Loftus explains. “It makes me feel more secure.” Beyond that, his tests, which were funded by the National Institute of Mental Health, yielded a mathematical formula that precisely correlates blurriness to distance. Loftus, who has been called to trial as an expert witness on the reliability of perception, says his equation can serve as a tool to help jurors at criminal trials simulate the accuracy of eyewitness accounts.

5. The Beer-Goggle Effect is a Bona Fide Phenomenon

The Findings: Beauty is in the eye of the beer-holder, suggests an analysis by an optometrist at the University of Manchester in England. The researcher was the first to scientifically quantify the alleged beer-goggles effect, wherein a drinker’s diminishing visual acuity can impair his or her ability to make sound judgments about a potential date. The optometrist quantified the phenomenon in an equation that accounts for variables such as amount of alcohol consumed, smokiness of the room and quality of eyesight. One finding: A nearsighted, sober person who isn’t wearing his or her glasses can experience a beer-goggle effect equivalent to drinking eight pints of beer.

Why Bother? Presumably, to sell more contact lenses. Bausch & Lomb and Speed Dater, a U.K. dating service, who co-commissioned the analysis, claim it shows “how the right visioncare solution can improve your lifestyle” and dating success. 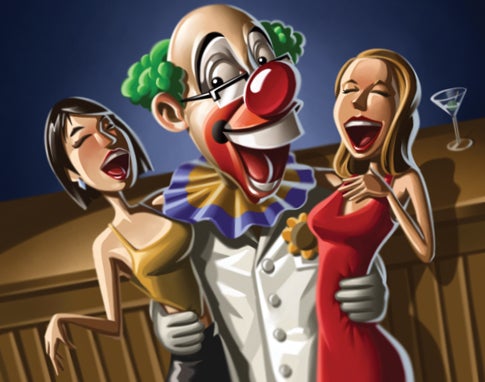 6. Swallowing More Than One Magnet is Dangerous

The Study: “Multiple magnet ingestion alert,” Radiology, Nov. 2004
The Findings: In fall 2004, after conducting a clinical review of multiple magnet ingestion, Cincinnati Children’s Hospital radiologist Alan Oestreich was himself presented with a rare case. An abdominal x-ray of a 12-year-old patient who complained of bellyache and fever revealed a number of small, dense objects lodged in his bowels. They were magnets, and the surgeons who removed them said they had aligned in formation through opposing walls of tissue, bounded off loops of guts, and caused swelling, necrosis and perforation. After witnessing the dangers firsthand, Oestreich wrote an urgent, all-doctor alert to the journal Radiology.

Why Bother? Eating metal intuitively sounds like a bad idea, but 80 percent of swallowed foreign objects pass right through you. Magnets, however, pose a serious danger. “Urgent surgical consideration is required,” Oestreich wrote.

The Study: “The wealth effects of smoking,” Tobacco Control, Dec. 2004

The Findings: One night during a conference, Ohio State University social scientist Jay Zagorsky and his fellow researchers were smoking, eating, and drinking beer: a moment ripe for inquiry. What effect, they wondered, might those very cigarettes be having on their wallets? Zagorsky crunched data culled from the U.S. Department of Labor’s National Longitudinal Survey of Youth, which tracked financial information and other lifestyle characteristics of 10,000 Americans over 15 years. Holding demographic factors constant, Zagorsky calculated that heavy smokers in the sample had a net worth of $8,400 less than nonsmokers-an amount roughly equal to how much the smokers had spent on their habit.

Why Bother? “When my mother reads this paper, it seems brilliantly obvious,” Zagorsky says. “Not so to me.” He suggests that smoking-cessation programs could use the data to raise awareness that smoking not only taxes health but hard-earned savings for critical things like retirement, emergencies and, of course, medical bills.

8. Memory and Concentration Fade With Age

The Study: “Divided attention in younger and older adults,” Journal of Experimental Psychology, May 2005

The Findings: Memory researchers have known for years that when your attention is split between two tasks, it’s more challenging to commit new facts to memory. Moshe Naveh-Benjamin of the University of Missouri-Columbia was curious how older adults’ memories fare when they juggle two things at once. He and his colleagues paired off 20-year-olds with 70-year-olds and asked each team to perform memory tests while playing a simple computer game. Overall, the older folks’ memories were less accurate than those of the younger folks’. The older people also performed substantially worse on the game than on the memory test, whereas the younger people had much less trouble multitasking.

Why Bother? The work could promote sensitivity toward the capabilities of older adults. “When you talk to an older person who is driving, don’t ask them to recall too much information,” Naveh-Benjamin says. “The quality of their driving might deteriorate.”

The Study: “The influence of humor on desirability,” Evolution and Human Behavior, Jan. 2006

The Findings: Psychologists Eric Bressler and Sigal Balshine enlisted 210 undergraduate psychology students at McMaster University in Ontario, Canada, to consider, for class credit, photographs of campus peers. Each photo was paired with a remark that was ostensibly funny (“My high school was so rough, we had our own coroner”) or ostensibly dull (“I like having friends over for dinner”). Women found the “funny” men most desirable, and a follow-up study showed that men preferred women who were receptive to their jokes.

Why Bother? The scientists acknowledged in their paper the well-established observation that “humor is . . . more readily appreciated in the presence of others” but wondered why it is that women prefer funny guys. Could the phenomenon be a matter of Darwinian survival? The lead scientist declined an interview, but the paper suggests that studies like it further our understanding of evolution by pinpointing which human traits might confer survival advantages. One theory is that men may “produce humor more” to help “monopolize the reproductive potential of more than one woman,” a.k.a. to spread their genes. 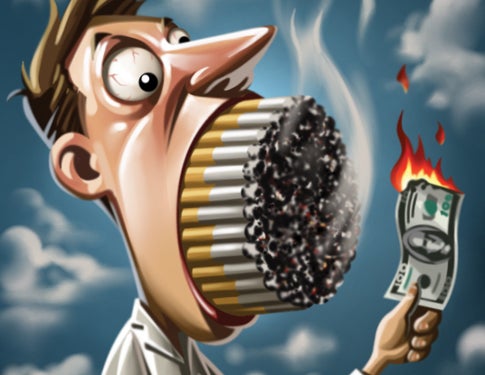 The Findings: Anthony Chaston and Alan Kingstone, two Canadian psychologists, proved, finally, that time really does seem to speed up when you’re busy. The researchers recruited 23 study participants to play multiple levels of a “Where’s Waldo?” style computer game. Then they asked the players to estimate how much time had passed after they were finished. The results: The harder the game, the shorter the time estimates.

Why Bother? As far as Chaston was concerned, the axiom was still an open question. He says his team’s experiments to measure attention are the most rigorous to date: “Establishing anecdotal evidence as fact means other scientists can use the work as a reference point.”

Not so much.** Two new studies by a Baruch College researcher reveal that 246 of 300 children who lined up to visit the jolly icon were indifferent to his charms. The scientist evaluated facial expressions using a chart designed to help health workers judge pain experienced by children.

Actually, you can.** New research funded by the National Institute of Aging found that older beagles fed a healthy diet and given plenty of exercise performed nearly as well as younger ones on cognitive tests.