Keep Your Bananas Ripe by Spraying Them With Recycled Shrimp Shells

Science spends a lot of time taking care of bananas — inventing refrigerated ships, crushing acres’ worth of them to... 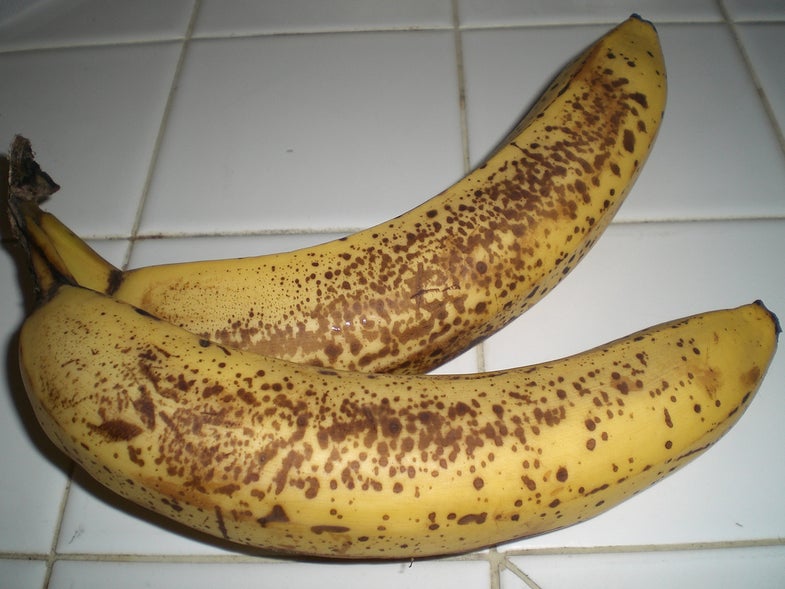 Science spends a lot of time taking care of bananas — inventing refrigerated ships, crushing acres’ worth of them to come up with enough seeds to breed, and so on. Now a group of Chinese researchers are proposing a secondary banana coat, spraying Andrew W.K.’s favorite fruits with a hydrogel made from discarded shrimp shells.

A hydrogel coating made of chitosan, derived from crustacean shells, can prevent a banana from becoming overripe for about two weeks, according to Xihong Li, lead author of a new banana study reported this week at the American Chemical Society’s annual meeting.

Bananas continue to respire after they’re picked, taking in oxygen through their skin. The more it respires, the faster it ripens, which is why an air-exposed banana turns brown so fast. Bananas reach a tipping point as they ripen — the pulp releases a chemical that speeds this process further, and the fruits become mushy and cloyingly sweet. Then bacteria on a banana’s skin causes it to rot.

To slow down this process, Li and colleagues sprayed green bananas with a hydrogel made of chitosan. Chitosan is prized as a fertilizer, blood clotting agent and a wine purifier, among many other uses. In the case of bananas, it helps keep them green longer, killing surface bacteria and slowing the fruit’s respiration and therefore its ripening.

This could eventually be used in banana transport or even by people at home, spritzing their bananas with a shrimp shell spray. Li is now working on a new ingredient in the hydrogel that would allow it to be used commercially.