A New View Of The Solar System 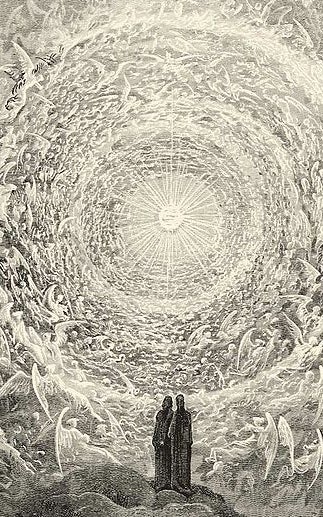 Michael Benson has created God’s own view of the universe. To make the images on display in his upcoming book, Planetfall, Benson first combed through the tens of thousands of photographs publicly available from NASA and the European Space Agency. Most of his selections came from unmanned spacecraft hurtling through space, while some came from rovers on Mars or crewmembers aboard the International Space Station.

He then processed the raw files and stitched them together into mosaics that tell a particular story—the Milky Way rising over Earth, for example, or the transit of Io at the limb of Jupiter. Photos from unmanned probes are normally black-and-white, shot with a variety of filters. To add color, Benson typically overlays images originally filtered in red, green and blue to create a composite spectrum that replicates what the human eye might see. The process can take weeks, but once it’s completed Benson is left with something unique: an image that is as close to the view from a passing spacecraft as most of us will ever come.

Planetfall, published by Abrams, will be available in October. Michael Benson will display his prints at the Hasted Kraeutler Gallery in New York City in December.

The Valles Marineris on Mars is the largest canyon in the solar system: 2,500 miles long and up to four miles deep. In this image, based on 18 photographs taken by the ESA orbiter Mars Express in 2004, morning fog fills one of its western arms. Benson combined the photos into six composites, then composed them together into a single image.

Benson produced a series of images based on ones from the Solar Dynamics Observatory, which orbits Earth 1,600 miles away. This image shows the outline of Earth as it passes between the sun and the SDO. 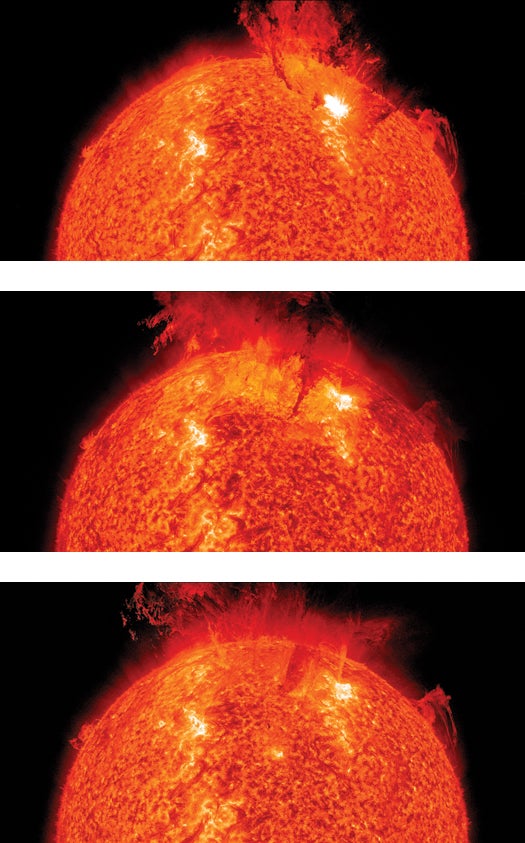 This set of images, also based on the SDO, show a coronal mass ejection. The SDO uses a UV filter. UV light is invisible to the eye, so NASA translated the different wavelengths into colors, which Benson enhanced. 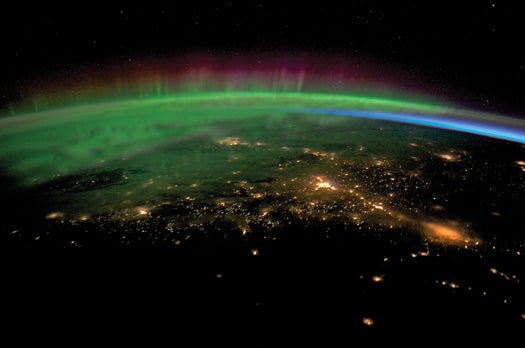 A member of ISS Expedition 30 captured this image of an aurora borealis over Vancouver Island and Western Canada last January. When electrons from solar winds slam into atoms in the Earth’s upper atmosphere, the interaction creates light. Green indicates oxygen, while blue signifies nitrogen. 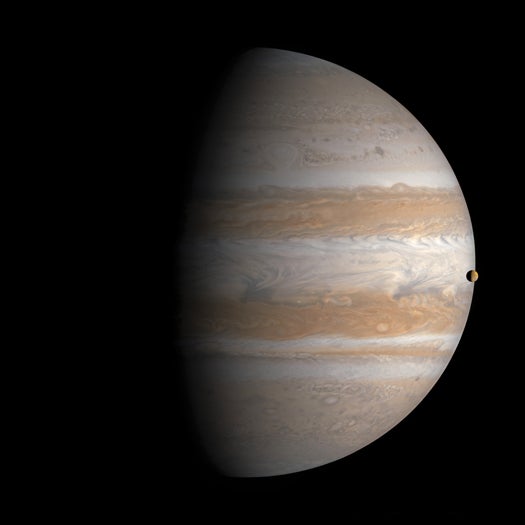 In January 2001, Cassini swept past Jupiter en route to Saturn. As it did, scientists directed the unmanned craft to take a series of photos, some of which captured the transit of the volcanic moon Io at Jupiter’s limb. Benson combined 27 frames into nine composites, which he then stitched together. 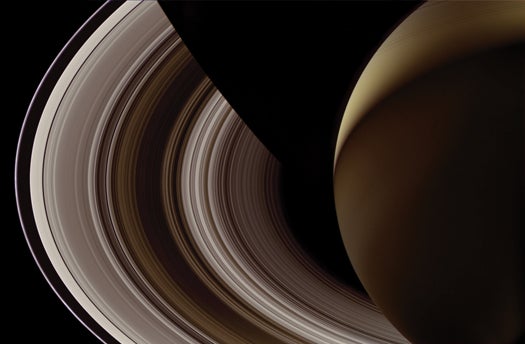 This image, a mosaic of photographs captured by the Cassini orbiter in 2006, shows the dark side of Saturn. The planet’s rings, made mainly of ice, are thousands of miles wide but only a mile deep; here they are shown from below. Sunlight filtering through the rings faintly illuminates Saturn’s lower hemisphere, while the upper one is brightly lit by sunlight reflected off the rings’s surface. 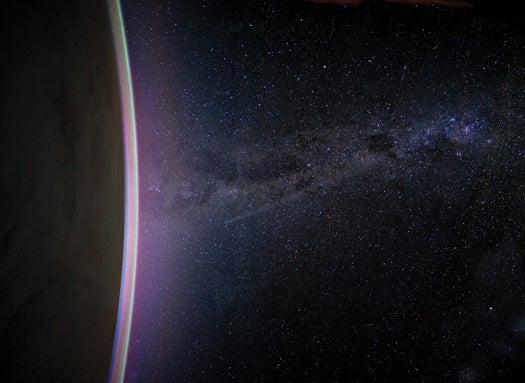 Members of ISS Expedition 30 took a series of short films as they orbited over the Indian Ocean in December 2011. They captured the rising Milky Way along with a passing comet. Benson used 20 frames to make this single image and then rotated it, so Earth’s horizon appears vertically. The comet can be seen as a faint streak just below the band of stars.
arts
feature
Features
images
Photography