Sea Level Rising Rapidly on Both Coasts, Could Even Flood San Francisco Airport in a Decade

The Northeast U.S. has been taking the brunt of rising sea levels not just in the country but in the... 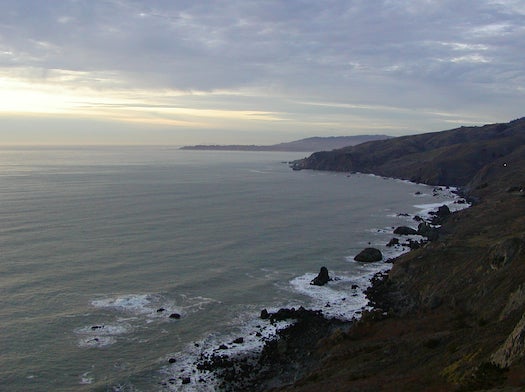 The Northeast U.S. has been taking the brunt of rising sea levels not just in the country but in the world, with waters rising three to four times faster than the global average, according to new data. But that doesn’t spare the West Coast; in a decade, rising sea levels could flood the San Francisco International Airport.

According to research from the U.S. Geological Survey, the tides in a 1,000-kilometer stretch of coast from Cape Hatteras, N.C. to Boston have been rising at between 2 and 3.7 mm per year from 1950 to 2009. Doesn’t sound like a lot, but it’s two to four times more than the global rate of .6 to 1 mm per year. Looking ahead to the future, another study on the West Coast projects that, barring an earthquake or other unforeseen circumstance, California’s sea levels will also rise faster than the global average. The slightly sinking state is projected to lose one foot of land in 10 years, two feet by 2050, and 5.5 feet within the century, while its neighbors, Washington and Oregon, will end up better off, actually falling a little below the global average. Worldwide, scientists estimate that global rising sea level average to be nine inches higher by 2030, 1.5 feet by 2050, and 4.5 feet by 2100. The first signs of the damage we’ll see will be in the coastal cities and towns, scientists predict, as storms pick up more frequently and cause serious damage to near-beach properties.

There are a lot of reasons why a coast in one country–or even different pars of the same coast–would get hit harder by rising sea levels than another. For one, climate change’s effects aren’t consistent across the globe as ice caps and glaciers melt; ocean currents, water salinity, water temperature, and other factors could all change how much water creeps over and onto land. Those variables combine to separate the local from the global. The East Coast stretch and California drew the geological short straw in the short term, but the rest of the world will eventually feel the pressure as well.