Video Microscopy Unveils the Tricks of Nature’s Toughest Glue, Oozed By a Bacterium

A soybean-shaped bacterium called Caulobacter crescentus, found in freshwater and seawater, makes one of the strongest adhesives in the world.... 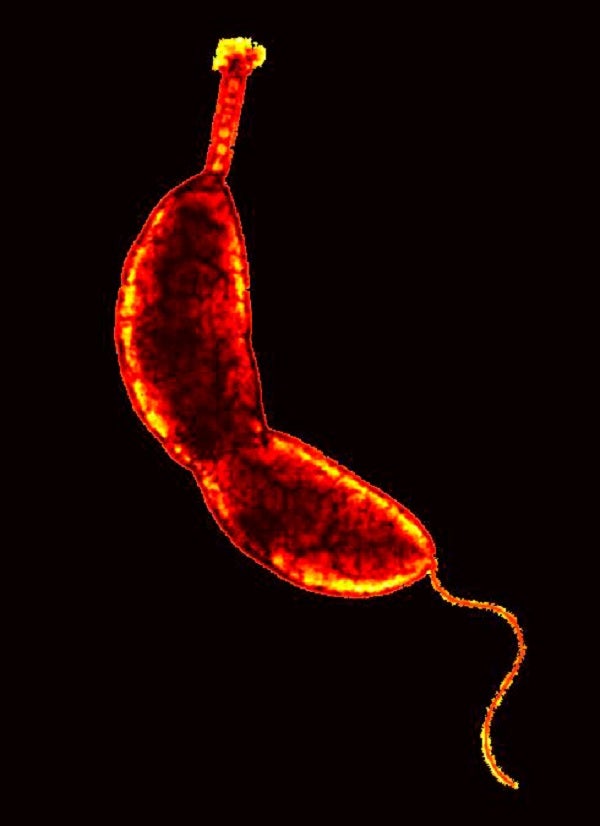 A soybean-shaped bacterium called Caulobacter crescentus, found in freshwater and seawater, makes one of the strongest adhesives in the world. Now high-resolution video microscopy is shedding light on how it can carefully use this adhesive, like a super-precise application of superglue, to stick on surfaces in wet environments.

C. crescentus is studied for its interesting cell differentiation properties — it has two daughter stages, swimming around with a little flagellum and then producing a “holdfast,” which cements it to aquatic surfaces. This differentiation from flagellum to holdfast makes the organism a useful study subject. But it hasn’t been clear just how this holdfast works with such great accuracy.

Researchers at Indiana University and Brown University used video microscopy to figure this out. First, the bacterium uses its flagellum as a propulsion device to move around in the water. Then it sheds this stringy apparatus and grows a thicker holdfast on the same end, preparing to latch on to a surface. Upon connecting with a surface, the holdfast stops wriggling, with help from nearby structures called pili, according to the National Science Foundation. The freeze in motion signals the production of the bacterium’s super-powerful adhesive, affixing the organism to its surface.

This is useful because it could explain how bacteria stubbornly stick to surfaces where they are not wanted, and apparently do so very quickly — a finding that could help research in everything from bathtub cleaner to antibacterial creams. The research was funded by the National Institutes of Health.