Remember last year’s death-predicting longevity-gene study, estimating who is likely to live to 100 and who will not be so... 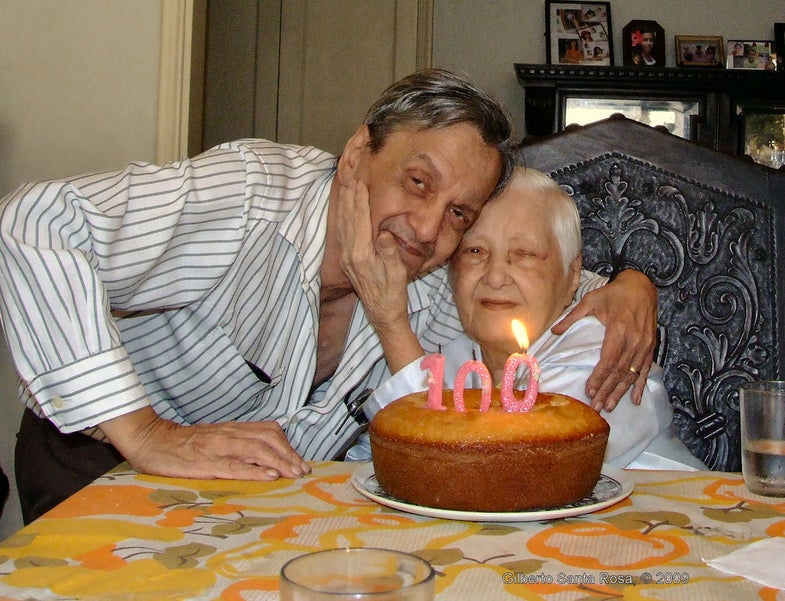 Remember last year’s death-predicting longevity-gene study, estimating who is likely to live to 100 and who will not be so lucky? Well, the authors of the study have retracted their paper. But there’s a catch: They claim they were still right.

A bit of background: Last February, scientists at Boston University said they could predict with 77 percent accuracy whether someone was genetically predisposed to living a long life. The authors examined the genomes of 800 centenarians and determined there was a genetic signature of about 150 variations that, when present, could be used to predict longevity.

But soon after the study was published, other scientists cried foul, pointing to a piece of lab equipment the scientists used that has been known to provide false positives. The quirk in the lab equipment happened to be related to the two most important genetic variants involved in the study. Many scientists said the study was flawed based on this and other variables.

An independent laboratory has since checked the results, which led to this week’s retraction, New Scientist reports.

After a few months of debate last year, the journal Science published a note of concern, acknowledging the ongoing controversy and noting that the authors were updating their findings. Other scientists were upset because it was not even authored by geneticists — lead author Thomas Perls is a geriatrician, and Paola Sebastiani is a biostatistician.

Now more than a year after the initial study, they’ve retracted it. But as they did last year, the researchers are standing by their work, the New York Times reports.

Disregarding data from the flawed chip, “The main scientific findings remain supported by the available data,” the authors wrote.

Science papers are corrected and updated all the time; even retractions are not all that unusual. This case is unique because the authors say the work is still accurate — and because the study itself was so controversial and potentially groundbreaking.

Perls and Sebastiani told the Times they retracted the entire paper rather than publishing a correction, and intend to try to republish it in another journal.