In 1997, Jeanne Louise Calment of France died at the age of 122, making her the oldest documented human to... 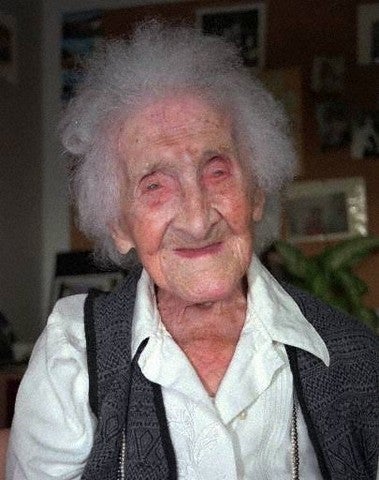 In 1997, Jeanne Louise Calment of France died at the age of 122, making her the oldest documented human to have ever lived. People who live to be 100 years or older are rare, and only about 1 in 600,000 people in industrialized nations live that long. But is there something genetically unique about centenarians that enables them to age gracefully and relatively disease-free? According to the results of a long-term study at Boston University School of Medicine, the answer is yes.

As part of the New England Centenarian Study, a team of aging research specialists led by Paola Sebastiani and Tom Perls looked at 300,000 genetic markers in 800 centenarians and compared their profiles with those of random individuals. They then developed a genetic model that can compute an individual’s predisposition to living a long life and found that centenarians shared a common genetic signature that could predict extreme longevity — with 77 percent accuracy. The findings represent a breakthrough in understanding how genes influence human life spans.

“Out of 100 centenarians we could correctly predict the outcome of 77 percent, while we incorrectly predicted the outcome of 23 percent,” said Sebastiani. The researchers believe the 23 percent error rate can be attributed to genetic variance not yet known and included in the analysis, as well as other factors that influence longevity. “Making healthy lifestyle choices such as eating a well balanced diet or exercising regularly and avoiding exposure to tobacco plays an undisputed role in determining how each of us will age,” said Andrew Sugden, international managing editor of Science.

Centenarians are a model of aging well, and 90 percent of people who reach this milestone are disability free at the average age of 93, Perls said. But he advised caution about the possibility of “testing” people to determine longevity, saying that much more study needs to be done regarding how health care providers and the research community guide individuals about what to do with the information they get. “I think a test for exceptional longevity is not quite ready for prime time,” he said. “We’re quite a ways from understanding what pathways governed by these genes are involved and how the integration of these genes, not just with themselves but with environmental factors, are all playing a role in this longevity puzzle.”

According to Perls, future analysis of the results may shed light on how specific genes protect centenarians from common age-related diseases, such as dementia, heart disease, and cancer. “I look at the complexity of this puzzle and feel very strongly that this will not lead to treatments that will get a lot of people to become centenarians, but it could make a dent in the onset of age-related diseases like Alzheimer’s,” he said.

The results of the study were published today on the Science Express web site.