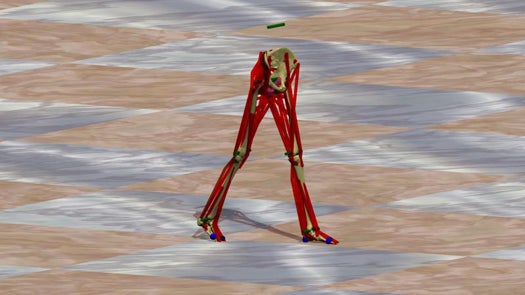 A lot of the debate about when modern humans became modern humans has to do with the head–when our brains evolved into the functional equivalent of that of modern mankind. But while that particular argument continues, a team of UK researchers using a new kind of statistical technique have analyzed ancient footprints at a site in Tanzania and found that if our feet are allowed to tell the tale, our early ancestors were becoming human-like as much as two million years earlier than we previously thought.

The study relies on eleven well-preserved footprints at the Laetoli site in Tanaznia that the researchers subjected to a new statistical technique derived from methods used in functional brain imaging. Using this technique, they created 3-D average of the 11 prints there, comparing them with data obtained from the study of modern humans and living great apes.

The researchers also used computer simulations to model a variety of gaits–and the footprints they would have produced–for the likely maker of the Laetoli prints, a species known as Australopithecus afarensis. It was previously thought that this ancestor walked crouched over, putting pressure on the side of the foot and pushing off from the middle, like a modern ape.

Instead, they found through their simulations and the comparisons enabled by their 3-D statistical analysis that Australopithecus afarensis very likely walked upright in a bipedal manner, more like modern humans than previous studies suggested. Most previous work in the field suggests that the upright, bipedal gait didn’t emerge in human ancestors until about 1.9 million years ago, in early Homo. The Laetoli tracks date to about 3.7 million years, effectively doubling the amount of time that early human-like species may have walked upright.

That, of course, paints a drastically different picture of early human history. It was humans’ ancestors’ ability to leave the trees and walk and/or run over long distances that enabled humans to eventually expand out of Africa and populate the world. If the Laetoli analysis is correct, our ancestors were stepping out with a very modern foot function far earlier than we thought.