Streptomyces coelicolor, a soil-dwelling bacterium, has one of the best-understood genomes in its genus. Even so, a computational analysis of... 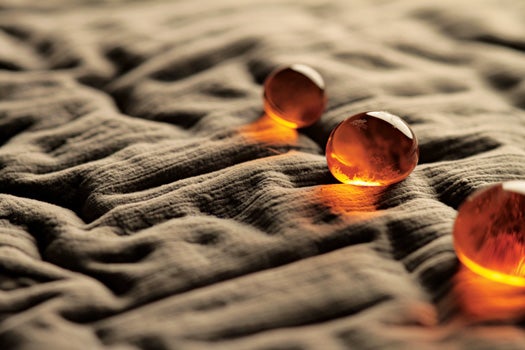 Streptomyces coelicolor, a soil-dwelling bacterium, has one of the best-understood genomes in its genus. Even so, a computational analysis of its genome has led researchers to a surprise: a new antibiotic compound. By tinkering with the bacteria, researchers at the University of Groningen in the Netherlands were able to awaken an inactive gene group that produces large quantities of yellow coelicolor polyketide and a new compound with antimicrobial activity.

To produce the antibiotic, scientists identify idle genome segments in the bacteria, isolate the repressor gene that keeps those segments dormant, and delete it from the genome—in effect, switching on the potentially antibiotic-producing segment. The team, led by Eriko Takano, hopes to find compounds that are effective against fungi and cancerous human cells, providing further treatment options for immune-compromised and cancer patients.