It is said that what doesn’t kill you makes you stronger, and a group of researchers at Emory University and... 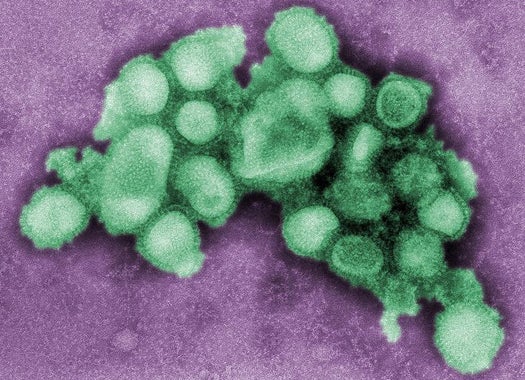 It is said that what doesn’t kill you makes you stronger, and a group of researchers at Emory University and the University of Chicago are putting that mantra to the test in an effort to develop the “holy grail” of flu vaccines. The researchers have found that several patients that were infected during the 2009 H1N1 (don’t call it “swine”) flu pandemic have developed antibodies that are effective against a variety of influenza strains, potentially leading to a single vaccine that could provide immunity from most or even all flu.

The scientists studied a group of nine adult patients who were variously affected by the H1N1 pandemic, some of whom experienced mild illness, others who were hospitalized for severe influenza (some for lengthy periods of time). Blood samples were taken from this group and from that the team isolated white blood cells that had produced antibodies that were effective against the flu virus.

The team then isolate the genes responsible for that antibody production and used them to create more antibodies in culture, resulting in 86 varieties of antibodies. They then turned the antibodies loose on a variety of flu strains. Of the 86 antibodies, five were able to bind with all the seasonal H1N1 strains identified over the last decade, the 1918 “Spanish flu” strain, and even the H5N1 bird flu strain.

These antibodies could lead to a single-injection, lifetime flu vaccine effective against multiple strains of influenza, both new and old. Current vaccinations are required to inoculate against at least one H1N1 strain, but they usually don’t insure against all of them – hence the 2009 strain’s ability to sicken even those who had received their standard seasonal flu shots.

So what’s to stop future influenza strains from circumventing these antibodies? Well, nothing really. But these antibodies were found to bind to the “stalk” region of the virus, a certain protein called haemagglutinin. This part of the virus tends to be rather static in the evolutionary sense, rarely changing as much as other regions over time. By arming the human body with the right kinds of antibodies researchers believe they could provide lifelong protection from most influenza strains, and perhaps even all of them.