For the first time, doctors have imaged a live birth using a special MRI machine, hoping to illuminate the birthing... 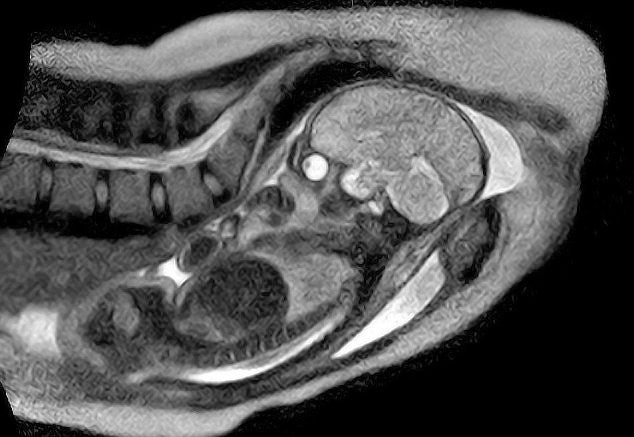 For the first time, doctors have imaged a live birth using a special MRI machine, hoping to illuminate the birthing process and understand how complications may develop. The mother and baby — who was born Nov. 20 — are both doing fine, according to doctors at Berlin’s Charité hospital, who announced the results today.

The mother agreed to give birth inside the MRI machine, which was specially designed to be larger than the typical narrow cylinder. She still had to wear earmuffs to block out the high-frequency noise, as CNET points out. To protect the baby’s hearing, the machine was shut off just before the amniotic sac opened.

Everything went smoothly and doctors were able to watch the first stages of birth in 3-D. Previous scanners and probes have not been able to provide that level of detail or were too dangerous for mother and child, Reuters reported.

Dr. Christian Bamberg, one of the doctors involved, told Reuters the images show which movements the fetus makes in the birth canal, how its bones move and how its head changes shape during birth. All that information can help explain how a birth stalls, which forces a C-section in about 30 percent of births in America.

The images were a culmination of a two-year research project that started with building the open-sided MRI scanner, according to a Charité press release.

Voluntarily giving birth while inside an MRI — all I can say is wow. You will forever have my respect, anonymous German woman.