Remember when the Pentagon spent $19 billion to find the best possible bomb detector only to find out it was... 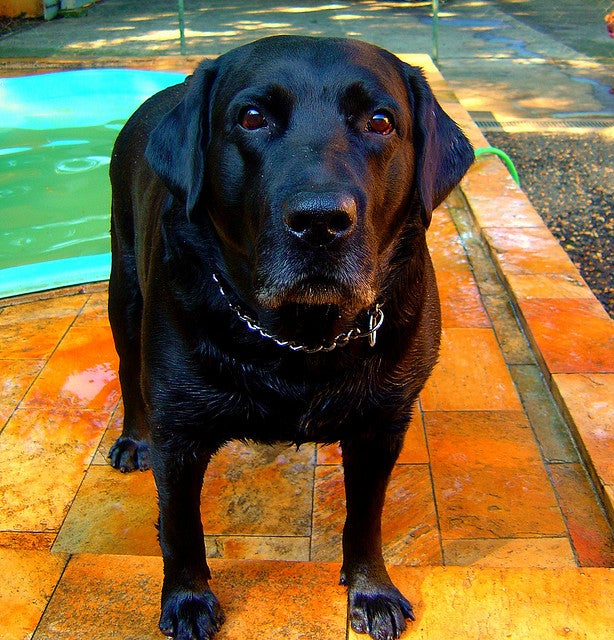 Remember when the Pentagon spent $19 billion to find the best possible bomb detector only to find out it was a dog? The same could be true for cancer diagnosis. After pouring countless dollars into high-tech diagnostic tools, dogs have exhibited a unique talent for accurately sniffing out biomarkers for a variety of cancers (bladder, lung, and breast cancers among them), and Japanese researchers are now reporting that their black labrador has added bowel cancer to that list.

According to findings published in the aptly-named journal Gut, an eight-year-old female lab carried out 74 sniff tests over the course of several months, with each test comprised of five breath or stool samples. One of each five was from a cancerous subject, while the rest were from subjects who were cancer free or who had had cancer previously. The researchers even tried to fool the dog by including samples from subjects with non-cancerous bowel or gut conditions.

But the numbers—and the nose, it would seem—don’t lie; the dog nailed the breath tests with 95 percent accuracy and the stool sniffs with a stunning 98 percent accuracy, making her just as effective as the best high-tech tools clinicians use today, including invasive colonoscopies. Moreover, she excelled particularly in diagnosing samples from subjects with early stage cancers.

That’s huge considering early detection is quite literally the difference between life and death for most cancer patients—a surgery can cure 90 percent of early stage bowel cancers, but recovery rates drop precipitously as the disease advances.

Of course, training cancer-sniffing dogs is costly, difficult, and inconsistent from dog to dog. But these findings offer hope that an electronic nose capable of accurately diagnosing bowel cancers early is within technological reach. As for the dog, well, we’re assuming her .980 sniffing average earned her a treat.