Octogenarian Takes On Big Bottled Water in the Land of Thoreau

Could you live in a future without bottled water? In Concord, Mass., 82-year-old Jean Hill hopes so. Her campaign against... 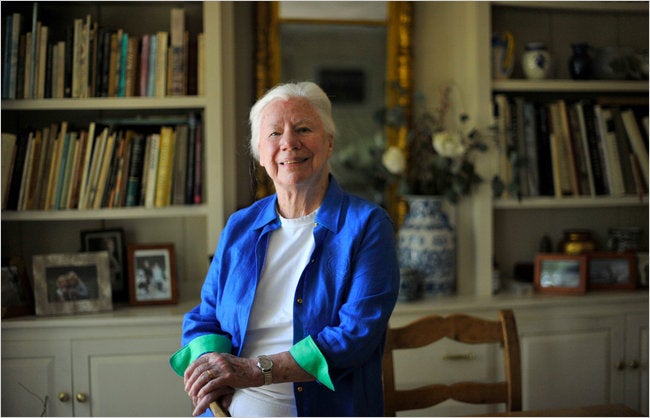 Could you live in a future without bottled water? In Concord, Mass., 82-year-old Jean Hill hopes so. Her campaign against what many see as an environmental evil has moved the town to vote for an outright ban, as the New York Times covers today.

Mrs. Hill, a rabble-rouser since she took her demands for paid vacation to a union office while sewing parachutes during World War II, was inspired to act after hearing of the massive floating island of trash in the Pacific, thought to be twice the size of Texas. Pairing that knowledge with the fact that only around 13% of the millions of plastic bottles sold are actually recycled (according to the NRDC), Mrs. Hill took to the streets.

While the measure recently passed a town hall vote, enforcement may be tricky; an organization representing the industry is threatening to sue, citing interstate commerce laws. Something tells me Mrs. Hill won’t be scared away by a lawsuit.