While some scientists resort to undersea drilling to find undiscovered forms of life, a new group of researchers has decided... 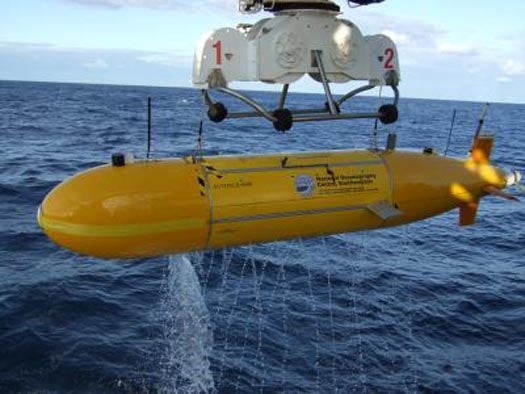 While some scientists resort to undersea drilling to find undiscovered forms of life, a new group of researchers has decided that piloting a robotic submarine into a submerged volcano was the way to go. By exploring the deepest, hottest, undersea volcano ever probed, the researchers hope to find clues to both the beginnings of life on Earth, and the possible forms of life on other planets.

The volcano, an undersea vent called a “black smoker” that reportedly emits steam hot enough to melt lead, is located near the Cayman Islands, in the Caribbean. The current record for deepest and hottest volcano dive stands at 2.67 miles, into a black smoker belching out toxic steam at 757.4 degrees F. By contrast, this new submarine, called the Autosub6000, can dive to 3.73 miles beneath the waves.

Scientists believe that the earliest life began in black smokers, with the heat from the volcanoes providing energy to an ecosystem blocked from sunlight by miles of murky deep. Similarly, the many think the best location for discovering extraterrestrial life are the undersea vents on Jupiter’s frozen moon Europa. Quick word of warning though: when looking for black smoke life in tropical locales, don’t mess with the Others. That tends to end poorly for scientists.