Proof of Life in Three Martian Rocks May Come This Year 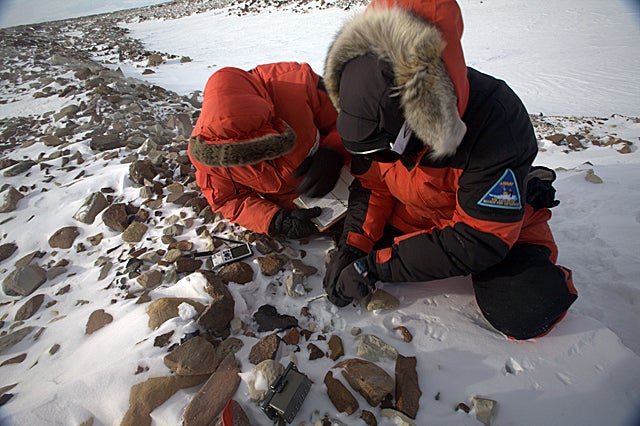 Monoliths may not have transformed Jupiter into a star and made Europa a new Earth, but the late science fiction author Arthur C. Clarke might still be pleased, wherever he is, with NASA’s prediction for 2010. Spaceflight Now reports that this year should prove whether fossilized life truly exists in three Martian meteorites, one way or the other.

Scientists have been reexamining the controversial Allen Hills meteorite since it sparked reaction from both NASA and the White House in 1996. But now better instruments have turned up possible Martian fossils inside two more meteorites, including a chunk of space rock that has sat inside the British Museum of Natural History in London for almost 100 years.

The scientific teams are “very, very close to proving there is or has been life [on Mars],” said David McKay, chief of astrobiology at the NASA Johnson Space Center in Houston, in a Spaceflight Now interview.

Such life would have likely come from a planet-wide underground network of microorganisms that first emerged 3.6 billion years ago on Mars, scientists say. That development would have paralleled the simple life forms emerging on Earth at around the same time.

New tools for the investigation include a nifty Ion Microprobe that can fire streams of ions onto micro-fossil samples. The ions transform the sample into plasma that can be analyzed via spectrometer for each chemical or mineral part.

If positive confirmation comes, it could dramatically shift NASA’s focus from “follow the water” to “search for evidence of life” on Mars and elsewhere. The U.S. space agency’s upcoming Mars Science Laboratory rover may get a new landing spot and additional instruments tailored for the hunt. Positive proof of Martian life could also push NASA to seriously investigate Jupiter’s moon of Europa and other locations for life.

People on Earth have already begun wrapping their heads around the possibility of extraterrestrial life. It looks like we might not have to travel all the way to Avatar’s Pandora after all.