Apparently, outer space isn’t high enough for some folks over at NASA. Earlier today, NASA confirmed that a small baggie... 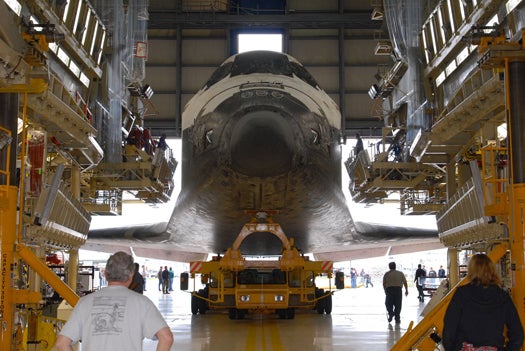 Apparently, outer space isn’t high enough for some folks over at NASA. Earlier today, NASA confirmed that a small baggie of cocaine was found in the hangar housing the space shuttle Discovery. A shuttle maintenance worker found the dime bag outside the men’s room, and reported it to security. So far, no one knows who brought the bag into the Kennedy Space Flight Center.

Chemical tests of the baggie contents confirmed that it was, in fact, a dab of nose candy. NASA claims that security officials are investigating both who’s blow it was, and how it got into the hangar.

NASA has a zero tolerance drug policy, so at least one person is going to get fired behind this. However, getting to the bottom of the affair might prove difficult. As Allard Beutel, a NASA spokesman, told SPACE.com, “there are no obvious indications of anyone acting oddly or under the influence.”